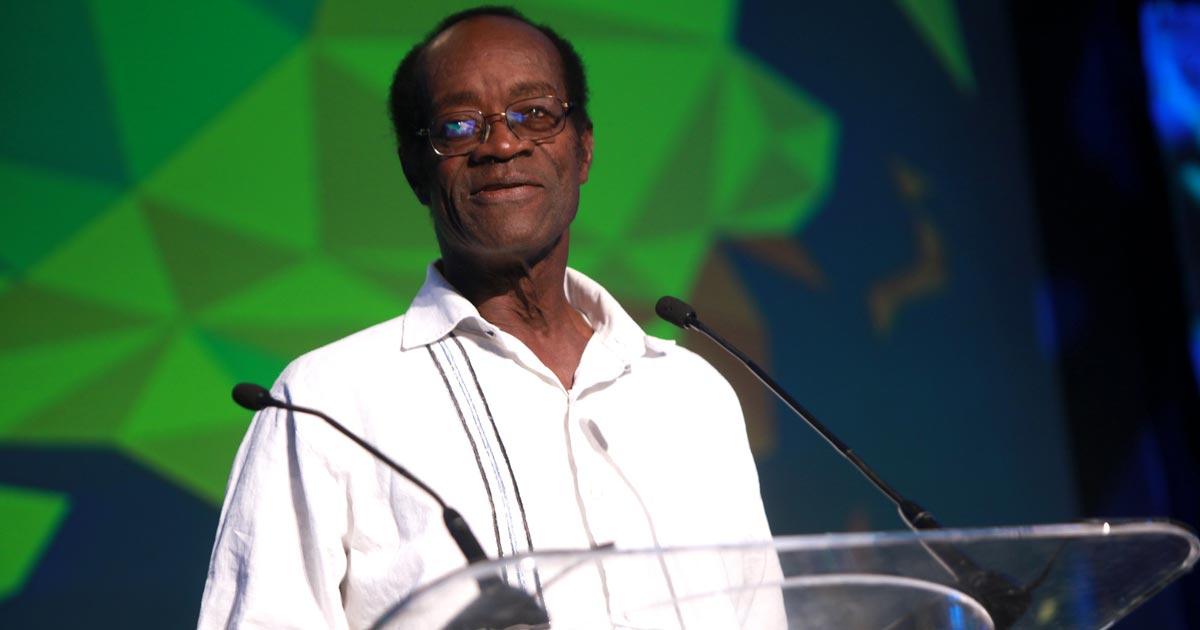 I was saddened to hear of the passing of Professor George Ayittey, a brilliant scholar, prolific writer and fierce fighter for Africa’s freedom, prosperity, and dignity. May heaven grant his soul peace and rest.

Although I never met Professor Ayittey and just recently started consuming his work, I nonetheless contend that he deserves the title of Africa’s greatest economist and economics author. Irrespective of titles or popularity, given his unwavering free-market stance in a world dominated by statist economics, I see him as Africa’s greatest economist and economics author.

Dr. Ayittey held many prominent roles and was associated with numerous universities and organizations. He was senior fellow at the Independent Institute and an associate scholar at the Foreign Policy Research Institute. Still, he is best known as a prominent economist, author, professor, the Distinguished Economist in Residence at the American University, and as president of the Free Africa Foundation, a think tank he founded in 1993 to promote economic reforms in Africa.

He wrote many books, articles, and op-eds, many of which were featured in well-respected news outlets, such as the Wall Street Journal, the New York Times, and the Washington Post, along with renowned African media houses. He appeared on prime television shows such as ABC’s Nightline and CNN’s Crossfire, on radio programs, and was invited to testify before US congressional committees.

His books include the groundbreaking 585-page book Indigenous African Institutions (1991; 2nd ed., 2006), which arguably is his magnum opus. He also wrote Africa Betrayed (1992), which won him the 1992 Mencken Award for Best Book; Africa in Chaos (1998); Africa Unchained: The Blueprint for Africa’s Future (2006); and Defeating Dictators: Fighting Tyranny in Africa and around the World (2011).

Indigenous African Institutions is a trailblazing and illuminating book. It debunks the widely held but mistaken view that free markets, free trade, and free enterprise are Western concepts and thus “colonial” or “imperialist” imports. What are in fact foreign imports are the cruel and oppressive systems (i.e., Marxism-Leninism and other forms of socialism) implemented across Africa in the wake of decolonization.

In this book, Dr. Ayittey demonstrates that Africa’s economic heritage is one of decentralized and free-market systems, not the centralized command-and-control statist/socialist systems imposed on Africans since independence. For example, he notes that

in indigenous Africa, all the factors of production were owned by the natives or extended families, not by their rulers, the chiefs, or by tribal governments. That means, in popular language, that the means of production were privately owned. The hunting spears, fishing nets, cattle, pots, huts, farm produce, fish, textile looms, gold jewelry shops, and various tools and products were all privately owned. (p. 322)

Land was widely and erroneously regarded by the experts as “communally owned.” This confusion arose … from … improper interpretation. Whereas the American could say, “This land belongs to me”— the individual being the basic social and economic unit—the African would say, “This land belongs to us”—the “us” connoting the extended family. Unfortunately, early Europeans in Africa misinterpreted the “us” to mean the entire village or tribe…. A river “belonged to all,” but a dam across the river was private property. Once someone applied his labor to something, it became a personal property. The same attitude was extended to land. Once a family settled on an unoccupied piece of land and farmed it, it became theirs. (pp. 322–23)

Similarly, in Africa Unchained: The Blueprint for Africa’s Future, Professor Ayittey produced a powerful proposition for Africa’s future—a future where African societies are free and prosperous, a future, as he rightly explained, that can only be achieved by embracing and building on Africa’s economic heritage of free markets, free trade, and free enterprise.

There is nothing wrong with the traditional economic system of free markets, free enterprise, and free trade. All the leadership had to do after independence was to build on it. Only Botswana did this. But the vast majority of African leaders—an assortment of black neocolonialists, Swiss-bank socialists, quack revolutionaries, and crocodile liberators—instead went abroad and copied all sorts of alien practices to impose on their people.

Have they learned? No. Black neocolonialists have been busy importing another alien ideology, from China: On August 14, 2010, Xinhua reported: “A total of 25 Confucius institutes have been opened in 18 African countries.”

Likewise, in “How Socialism Destroyed Africa,” he describes the abysmal failure, with destructive consequences, of dictatorial socialist regimes across Africa. He wrote:

Equating capitalism with colonialism, Africa’s nationalist leaders rejected it and adopted socialism in the 1960s. Foreign companies were nationalized, a string of state-owned enterprises were established and a plethora of state controls on rent, prices, imports, and foreign exchange were imposed to capture the commanding heights of the economy. But nowhere in Africa was the socialist experiment successful.

Professor Ayittey often said, “Africa is poor because she is not free.” He dedicated his life to advancing liberty in Africa and beyond and his scholarly work constitutes the greatest contribution by an African economist to date. Although his passing is an irreparable loss, his work and legacy will live on. His inspiring example of intellectual honesty, integrity, and courage to stand up against tyranny and injustice is remarkable and will be appreciated by many more Africans as time passes.

Thank you, Professor Ayittey, for your trailblazing and illuminating work.

Your Top Trading Questions, ANSWERED! My Responses to New-Trader FAQs 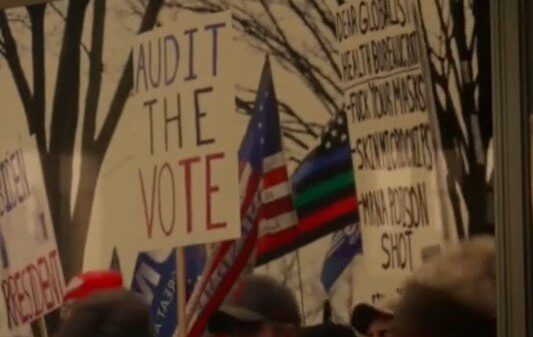 The BS from the state-run media never stops. The latest Star Trek spin-off suggests World War III started with the protests on January 6,... 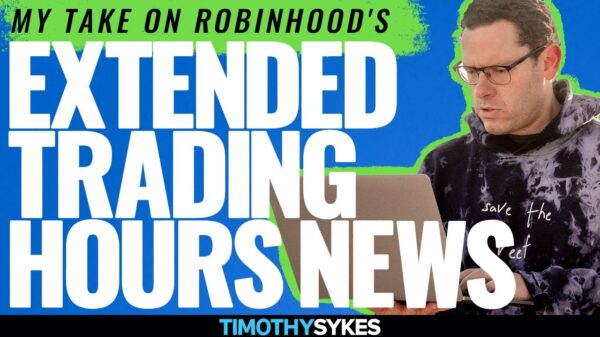 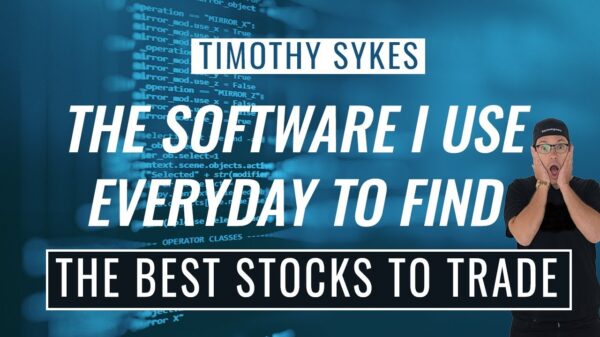 You’ll find a few changes in this edition of the weekly top penny stocks list. Think of it as my gift to you. Starting... 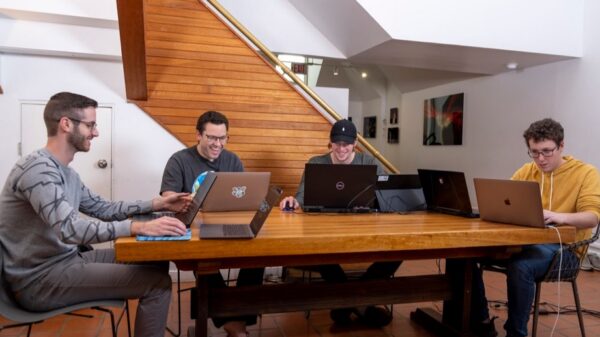 There’s more to trading than just making a top penny stocks list and learning a few patterns. In trading, there are two moving targets…...