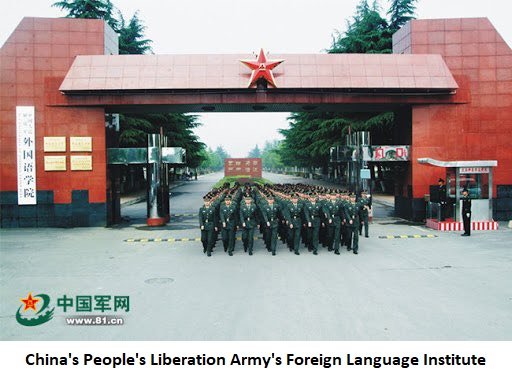 The Gateway Pundit has published articles (here, here, here, here and here) describing “scientific chain migration,” whereby the Chinese Communist Party has been sending its scientists to the United States, not just to access American knowledge, skills and technologies, but to colonize U.S. university, corporate and government laboratories.

It is not just science, but the highest levels of American and Western governments are now populated by individuals, who, either directly or indirectly, appear to be acting on behalf of or influenced by the Chinese Communist Party.

We are all now very familiar with Hunter Biden’s connections to China’s military intelligence and the cash paid to the Biden family by the Chinese Communist Party.

We know that the Chairman of the Joint Chiefs of Staff, General Mark Milley, would notify the Chinese People’s Liberation Army in advance of any potential attack by the United States against China.

It has been widely reported that Congressman Eric Swalwell, Democrat from California and a member of the House of Representatives Intelligence Committee, was, quite literally, “in bed” with a Chinese spy.

It is not just American political and military leaders who, in one form or another, have advanced the aims or narratives of the Chinese Communist Party.

Jeremy Hunt, a former British Foreign and Health Secretary, is now a candidate for the leadership of the Conservative Party and a potential future prime minister.

Lucia Guo, whose Chinese name is Ya-Li Guo, is the wife of Jeremy Hunt.

She was born in Xi’an, China. Her parents reportedly operate a military uniform factory for the People’s Liberation Army.

According to sources inside China, Lucia Guo was trained at the People’s Liberation Army’s Foreign Language Institute in Luoyang, which is subordinate to the Intelligence Bureau of the Joint Staff Department of the Central Military Commission.

“The programme has featured reports on the effectiveness of China’s pandemic response and about the beauty of the Xinjiang region without mentioning it is the site of ‘re-education’ camps for its persecuted Muslim Uighur population.”

In 2016, while he was British Health Secretary, Jeremy Hunt led a delegation to China, which resulted in a deal that included a UK-China media production treaty and the launch of China Hour on Sky Channel 191.

According to the same sources inside China, Penny Wong, currently Australia’s Foreign Minister in the newly-elected far left Labor Party government, is also under the influence of the Chinese Communist Party.

Eight days before the 2020 Presidential election, after a four-month investigation of 600 U.S. groups linked to Chinese Communist Party, Newsweek magazine described the ways in which China uses businesses, universities, think tanks, and Chinese diaspora social and cultural organizations within the United States to further Beijing’s political and economic interests and ambitions.

Arguably, based on comments and behavior, there are Chinese nationals, who became permanent residents or U.S. citizens and have attained high positions in the United States, but whose loyalties may have remained primarily with the Chinese Communist Party. What has been described could be considered only a tiny sliver of Chinese Communist Party influence worldwide, which provides the potential for an already established cadre in the U.S. and Western countries ready to do the bidding of Beijing in its quest for global domination.

Lawrence Sellin, Ph.D. is retired U.S. Army Reserve colonel and a veteran of Afghanistan and Iraq. He had a civilian career in international business and medical research. Dr. Sellin is the author of Restoring the Republic: Arguments for a Second American Revolution. His email address is lawrence.sellin@gmail.com.