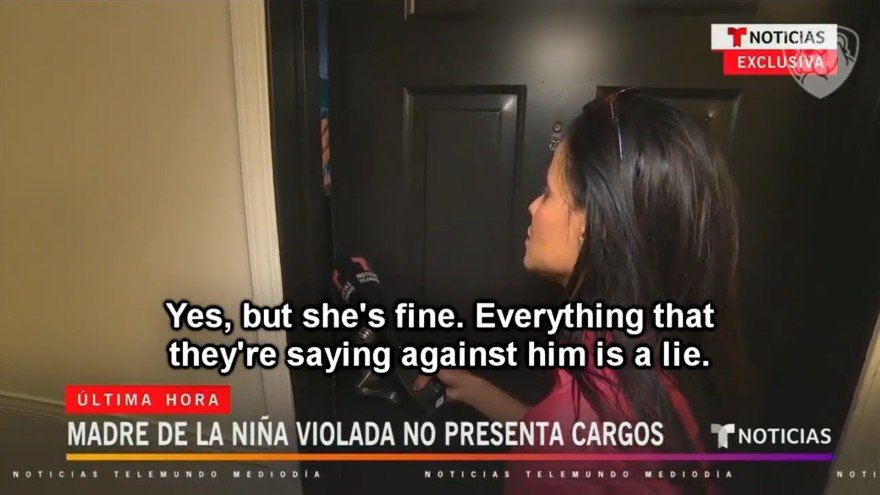 The saga of the alleged 10-year-old rape victim in Ohio who was reportedly forced to travel to Indiana to obtain an abortion continues after her mother denies the allegations against the rapist.

After the story was called into question with the lack of evidence, a rapist was identified and charged. The move came after Biden and other pro-abortion activists highlighted the report as part of their push to codify abortion rights.

Gerson Fuentes, 27, a supposed illegal immigrant from Guatemala, was arrested and charged with the girl’s rape. He has reportedly confessed to the crime and is being held on $2 million in bond.

However, more questions about the validity of the story have arisen.

A reporter from Telemundo, María Vargas-Pion, visited the Columbus residence where the 10-year-old rape victim and her mother allegedly live on Wednesday.

WATCH: The mother of the Ohio 10/y rape victim tells Telemundo’s @MariaVargasPion that the child “is fine”, and “everything they say about (Gerson Flores) is a lie.” pic.twitter.com/Vtpyn404g7

A woman who claims to be the girl’s mother remained hidden behind her front door when speaking to Vargas-Pion. During the short interview, she defended the girl’s rapist.

“Did the girl live here as well?” Vargas-Pion asked.

The woman, who spoke in Spanish, replied: “Yes, but she’s fine.”

She then said, “Everything that they’re saying against him is a lie.”

“And the child – are you related to her or her mother?” Vargas-Pion asked her.

“She’s my daughter,” the mother answered.

The woman told Vargas-Pion that she had not filed charges against Fuentes, despite his confession to having “vaginal contact” with the girl on at least two occasions.

The girl reportedly celebrated her 10th birthday very recently. The revelation had led many to believe that she was only nine years old when she was raped and later became pregnant.

According to a report from The Columbus Dispatch, Detective Jeffrey Huhn, who testified at Fuentes’ arraignment Wednesday, claims the girl named Fuentes as her attacker and the father of her aborted child. He testified that DNA evidence from the abortion clinic in Indianapolis would be compared to samples taken from Fuentes.

Was criminal reporting of the rape of a Latina girl suppressed or delayed in furtherance of a political agenda?

He also asked an important question on the mind of many, “Was criminal reporting of the rape of a Latina girl suppressed or delayed in furtherance of a political agenda?”