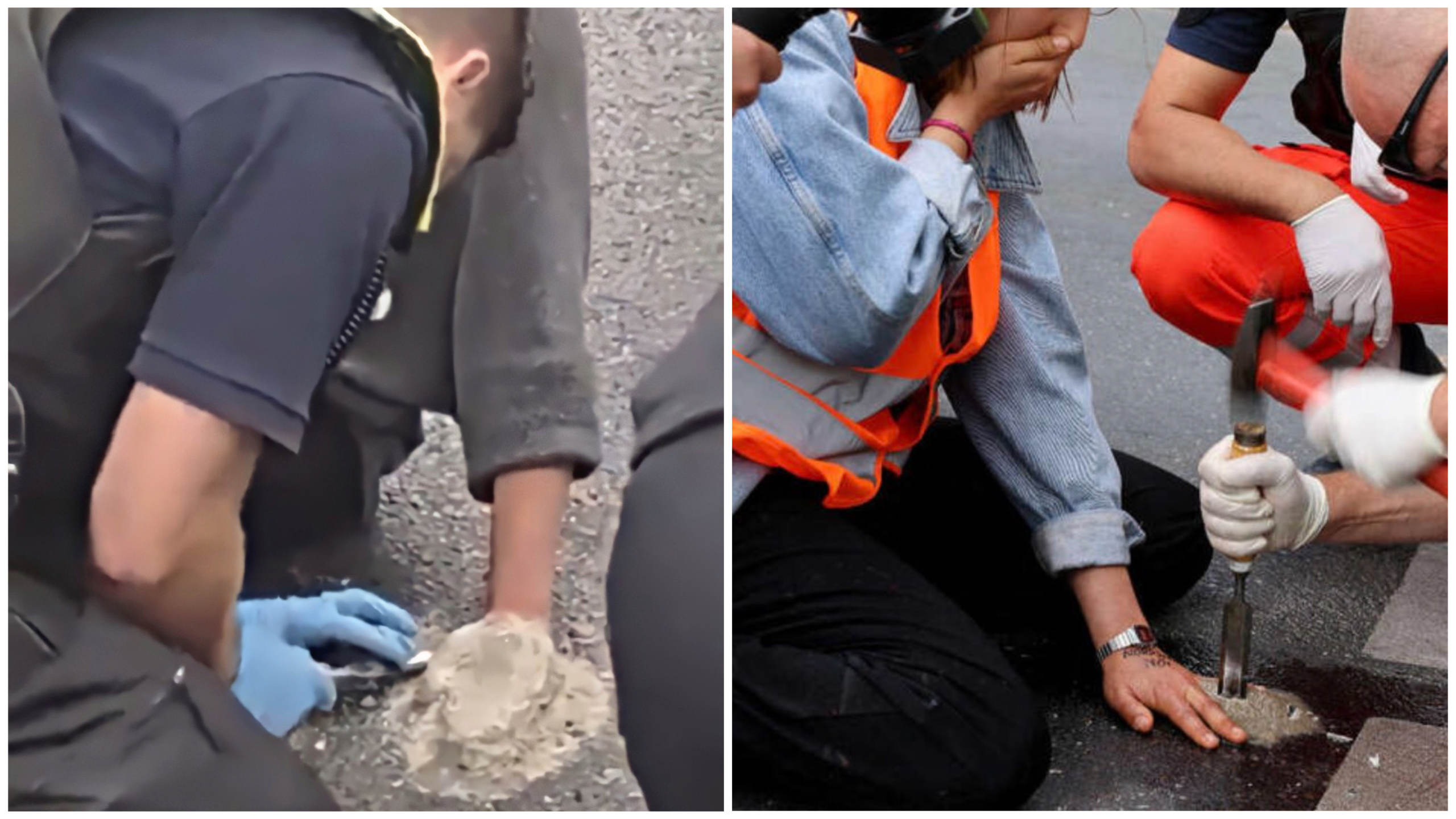 In Berlin, Germany, a woman protesting climate change stuck herself to the road using cement glue and sat there for several hours.

According to reports, the woman is part of the climate activist group called “Uprising of the Last Generation,” a coalition of climate and environmental activists in Germany.

The Uprising of the Last Generation claims “the world has only a few years left to turn the wheel around and avoid catastrophic levels of global warming,” as reported by CTV News.

In a video that went viral, the woman got trapped in the road after using cement glue. The police were forced to use a chisel to get her off the road.

Obviously, this is not the smartest way to make a political statement.

“Climate activist” attached themselves to the road in Berlin.

Another young activist was seen with cement in her hand, and law enforcement officials were attempting to help her.

The climate terrorists are now suing the German police, as reported by Vikendi.

“Because criminals in Germany have all their rights, the climate terrorists are now suing the police. They would not have been gentle enough with the delicate little hands when they were released from the street. They complain of assault,” according to the outlet.

“The head of the Berlin police union, Bodo Pfalzgraf, told the BILD newspaper that under these circumstances one could no longer expect an official to remove the “activists” from the street,” the news outlet added.

Climate change activists are currently making their way across Europe in an effort to persuade more government action on the issue of climate change.

The Gateway Pundit previously reported that a pair of Green activists glued themselves on the frame of a Vincent Van Gogh painting in London last month.

A pair of environmental protesters in #Britain on Thursday glued themselves to the frame of a Vincent van Gogh painting on display at a London art gallery. pic.twitter.com/7veTNAfQt6

In France,a 36-year-old man dressed as an old lady was arrested last May after reportedly trying to break the glass protecting the famous Mona Lisa painting before throwing a cake on its surface in an apparent climate-related protest.

He was then arrested for an “attempt to damage cultural property” and was placed in the psychiatric infirmary of the police headquarters on Sunday, according to the public prosecutor’s office.

Maybe this is just nuts to me

but an man dressed as an old lady jumps out of a wheel chair and attempted to smash the bullet proof glass of the Mona Lisa. Then proceeds to smear cake on the glass, and throws roses everywhere all before being tackled by security.

The post Climate Activist Glues Herself to the Road with Cement to Protest Climate Change — Police Forced to Chisel Her Hand from the Cement (VIDEO) appeared first on The Gateway Pundit.