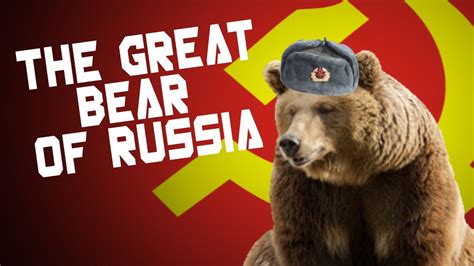 I pose this question because I am genuinely puzzled and shocked by the anti-Russian bigotry, not only with respect to U.S. policy, but also the irrational prejudice evident among so many Americans. The hatred might make sense if Russia had attacked the United States and killed millions. Anger over such bloodshed would be rational and understandable. But Russia has not done that.

The average American who has some knowledge of history (this is a minority), generally conflates modern Russia under Putin with the Soviet Union under Stalin. There is the widespread, delusional belief that Russia is still a communist state intent on spreading Marxist doctrine and subverting western democracies.

But the hatred of Russia pre-dates the October Revolution of 1917 and the subsequent rise to power of the Bolsheviks. Most Americans do not speak a foreign language (though the number of Spanish speakers is increasing in tandem with the flood of illegal immigrants crossing the United States’ southern border.

Russia’s military adventures–i.e., invasions of other countries–is a short list–Poland 1939 and Afghanistan 1979. I exclude the Russian military operations in Georgia and Ukraine and the annexation of Crimea in the same way I exclude U.S. military operations in Mexico, the Dominican Republic, Grenada, and Panama. Both the United States and Russia have a similar policy of using force to control territories adjacent to each of their national borders. I am not arguing that what Russia and the United States was morally or legally right, I am simply noting that if Americans want to cite Georgia, Ukraine and Crimea as justification for hating Russia they, my fellow citizens, need to look in the mirror and realize that the United States is guilty of the same kinds of “crimes.”

If invading other countries is the standard for judging a nation as immoral and dangerous, the history of the United States since the Vietnam war puts the United States in the top position. Americans are quite naive when it comes to self-examination on the foreign policy front. We are convinced that we had good, pure motives for carrying out deadly military operations in Iraq, Afghanistan, Somalia, Yemen, Syria, the Balkans and Panama. We are oblivious to how many in the rest of the world view America’s “benign” imperialism.

If Russia had the track record matching that of the United States then I would understand the source of the hatred directed at Russia.

So what is it? This is a genuine question and I am asking for your thoughtful comments.

One factor that is buried deep in the west’s subconscious mind is the fact that Russia is the only country in Europe (broadly defined) that extirpated Royalty and aristocracy that are still visible in western Europe. America always has taken great pride in the fact that its people are not beholden to a landed aristocracy that accorded Kings and Queens the status of gods. Rulers selected by the Divine. Jesus is Lord. But so is Prince Andrew and Prince Charles. The progeny of Queen Elizabeth are not accorded honor and prestige because they are brilliant, accomplished men. They are merely lucky winners in the sperm casino.

Do we hate Russia because of its oligarchs? Spare me that vacuous argument unless you account for Bill Gates, Steve Jobs, Mark Zuckerberg, Jeff Bezos, the Rockefellers and the Carnegies on the American side. Are our oligarchs righteous dudes? And what about Americas political oligarchs? Kennedys, Bushes, Clintons, etc. Is it possible that a resurgent Russia poses a threat to the endemic corruption that is rotting western society?

Maybe it is Vladimir Putin’s reputation for corruption and self-enrichment? Well, to quote Jesus, let him who is without sin cast the first stone. What about the corruption of Joe Biden and his whoring spawn?

Or is it Russia’s embrace of tradition Christian values and its persistent refusal to accept homosexuality as normal?

What do you think?

The post Why Does the West Hate Russia? appeared first on The Gateway Pundit.