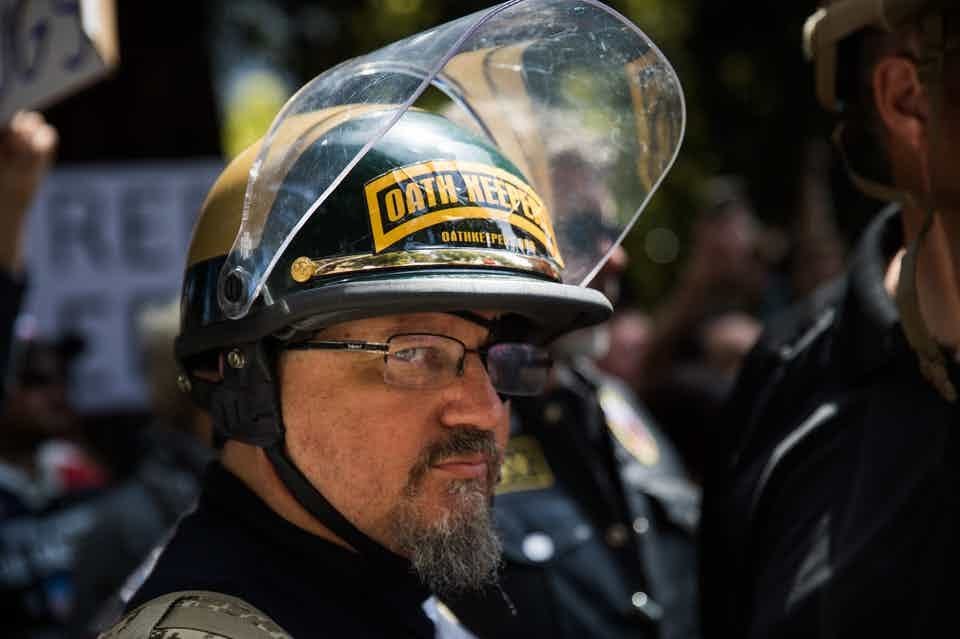 Tatenhove’s testimony was littered with half-truths and outright lies.  Liz Cheney and the committee knew this but let him “testify” anyway.  There was no cross examination.  There never is.  The January 6th committee is an insult to Western law and tradition.  It is like something you would see at a Joseph Stalin show trial.

Tatenhove accused the Oath Keepers of plotting an armed revolution on the US Capitol on January 6.

The truth is that the Oath Keepers were told to leave their weapons in their hotel room that day.  There was NO armed revolution no matter how many times Liz Cheney lies about it.

Tatenhove also accused the Oath Keepers of being a racist, anti-Semitic group knowing this is a complete lie.  Several of the current leaders in the Oath Keepers movement are African-American.

** Please donate to the Stewart Rhodes Legal Defense Fund here if you can.

On Saturday Stewart Rhodes called The Gateway Pundit to discuss Liz Cheney and Jason Van Tatenhove’s slander against his organization.

Stewart Rhodes encouraged every member of the Oath Keepers to sue Tatenhove for defamation.

Stewart is currently jailed for standing outside the US Capitol on January 6th.  Rhodes was arrested in January and has been held in prison since his arrest.  He committed no crime.  There was no plan to invade the US Capitol or hold an insurrection.

Tatenhove was not at the January 6 rally or protests.  He was only called in to defame the Oath Keepers.

Stewart Rhodes:  I saw his testimony and I realized he as there to demonize and defame us.  He got up and said Oath Keepers drifted further and further to the right into Alt-Right, then white nationalism, and then outright racism.  And this is gross defamation against me and the organization and all the members…  There are actually 40,000 member who are not racist… I encourage them to sue  Jason van Tatenhove for defamation.  And unlike myself, I’m a public person.  So I can show not just the person spreading something that is false but also malice.  But a rank and file person of Oath Keepers is not a public person.  They’re private citizens.  So they only have to show he’s spreading falsehoods…

** Please donate to the Stewart Rhodes Legal Defense Fund here if you can.

Here is the entire interview with Stewary Rhodes from this past weekend.