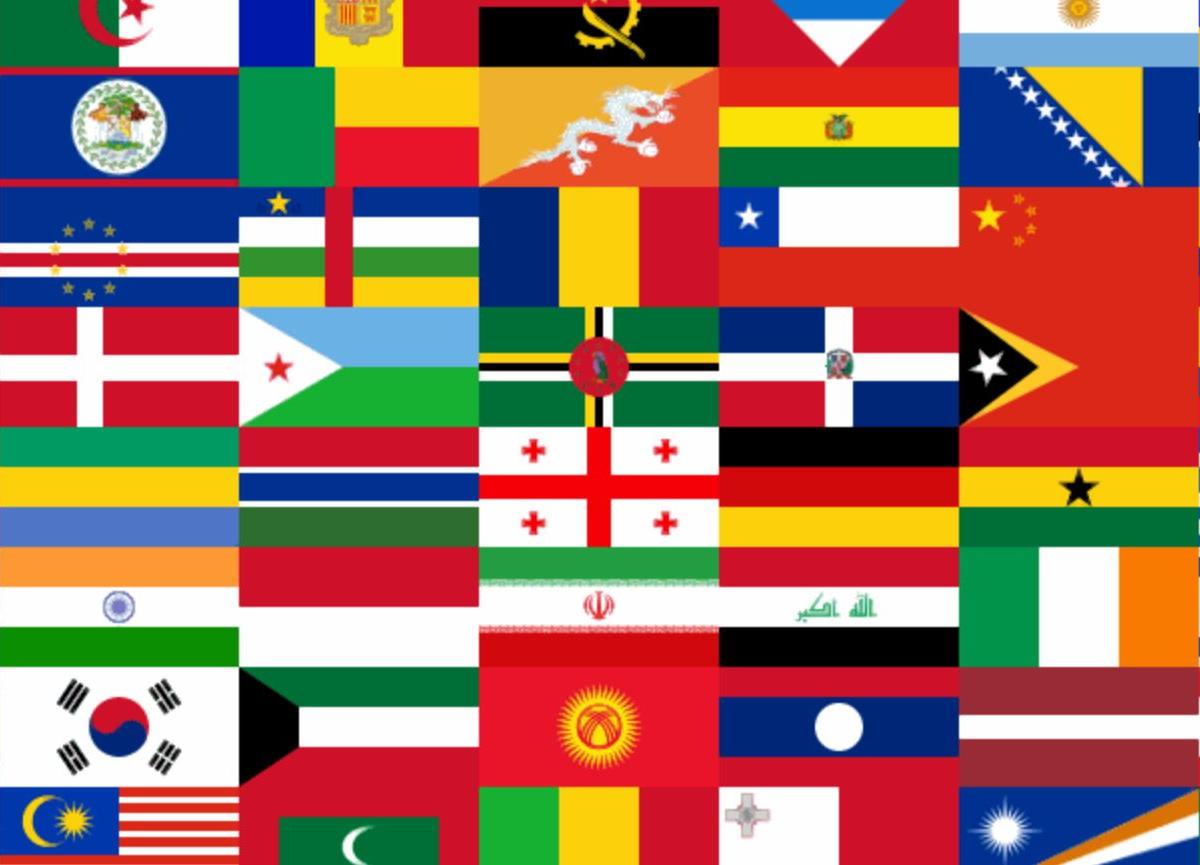 From the United Kingdom to Spain to the Balkans, it has become common practice in Europe to refer to secessionist groups of various types as “nationalists.” Sometimes the term is employed as a pejorative term, and often not. Scottish nationalists, for example, often refer to themselves as nationalists. On the other hand, sometimes, the term “nationalist,” is employed to disparage separatist groups. It was easy to get this impression during the height of the most recent conflict in Spain over Catalan separatism. When Spanish unionists spoke about Catalan secession, it was fairly clear the term “nationalism” in their minds communicated a certain type of backwardness or illiberalism.

Although the term has been long used by historians to matter-of-factly describe the development of national states, it clear that in casual modern parlance, the term is often little more than a non-specific insult along the lines of “fascist.”

So this leaves us with an important question: is nationalism a good thing? The answer is “it depends.” It depends on whether nationalism is acting as a brake to state power, or a catalyst for greater state power.

Nationalism Can Both Build Up the State and Break it Down

In other cases, such as in Scotland and Catalonia, nationalism works against existing states, calling into question the legitimacy of status quo states and their borders. That is, it’s a type of nationalism that opposes regimes as they presently exist.

This dual nature of nationalism has existed since nationalism began to take shape in the seventeenth and early eighteenth centuries. At the time, the idea that human beings were primarily part of a “nation” was new, and it demonstrated a shift away from organizing human communities along the lines of religious groups, extended families, or dynastic rule. Instead, human beings began to embrace the notion that nations—composed mostly of people we would never meet and never hear about— was the “normal” way to divide up the human population.1

[Read More: “How the World Embraced Nationalism, and Why It’s Not Going Away Soon” by Ryan McMaken]

The idea has been fabulously successful, and the world is now mostly composed of nation-states. Those countries that are true nation-states—i.e., countries where a single linguistic and ethnic group as the lopsided majority—have the easiest time of preserving political unity based on a belief of ethnic identity. But even in those countries that are explicitly multiethnic, residents nonetheless often identify themselves with some national version of history, or some national ideology. An American Hispanic Catholic in El Paso, for example, considers himself to be a part of the same nation as an atheist Anglo in Boston. Why? Because the American in El Paso believes a bond exists between himself and the Bostonian because both happen to reside within the borders of the national state known as “the United States.” In other words, both these people are part of what historian Benedict Anderson calls an “imagined community.” The ideology of nationalism has convinced many that they share a “nation” with people in faraway cities who share no common religion, ethnicity, or—in many cases—even a common language.

How Nationalism Strengthens the State

We can thus see how this type of nationalism works to reinforce and strengthen existing states. The American state is made much stronger when its residents embrace the idea that “being American” is an important part of their identities. Moreover, so long as these people believe that most everyone else within the state’s borders are “my countrymen” this acts to counterbalance the forces of national disintegration that naturally arise due to regional, ethnic, and cultural differences within the population. (These are known as “centrifugal forces” and become more common the larger a state becomes.) The same can be said of other multicultural states as well, including Belgium, Switzerland, or Ukraine. In all these cases, the state’s ability to retain and consolidate power depends heavily on the preponderance of residents believing statements like “I am Swiss” or “I am Ukrainian.”

When Nationalism Is a Problem for the State

But national groups have not always coincided with the political entities we now call states or nation-states. In many cases nationalism convinces a resident of a state—or a subject of regime—to regard himself as part of a so-called “minority nation” which has no state of its own, and has been subjected to rule by members of an alien nation. This is the case today with Scottish nationalists and Catalan nationalists. Historically, it has been true of countless regional and cultural groups that did not identify their own perceived national interests with those of the regime under which these groups lived.

Indeed, nationalism began largely as a force against the formation of national states in an era when increasingly powerful monarchs were attempting to hammer together states without much regard for the new forces of nationalism that were coming to the fore. For example, historian Joseph Strayer writes:

Loyalty to the state [in the seventeenth century] was soon to be tested by the emergence of the idea of nationalism. Where nation and state coincided fairly closely, there were no particular problems. But where a national group had been split into many states, as in Germany, or where a state embraced many national groups, as in the Habsburg domains, there was bound to be conflict between the old and new loyalties.2

Strayer notes that in the seventeenth century we were seeing the emergence of the question that continues to this day: a question of whether nationalism would “reinforce” or “challenge” loyalty to existing European states.

By the mid seventeenth century, the strongest national states in Europe were the English, French, and Spanish states. “National unity” was strongest under the English state, with nascent Welsh national identity having been thoroughly crushed by Edward I, and Scotland not yet joined to England via the Acts of Union. In France, however, regional sympathies and languages continued to, at times, resemble nationalistic movements. The French monarchs naturally were forced to devote time and resources to heading off any true separation. Meanwhile, in Spain, as Strayer notes, “the Catalans were constantly threatening rebellion” and the Portuguese regained independence in 1640 after a short period of union under the Spanish crown.

Elsewhere in Europe, local nationalists were more successful. By the eighteenth century, many Hungarians and Czechs were already beginning to resent Habsburg rule. This would lead to full-blown nationalist movements in the nineteenth century and early twentieth century. The Russian state—perhaps seeking to avoid the decentralization that was forced upon the Austrian regime by Hungarian nationalists—imposed widespread “Russification” on the many ethnic groups within Russia. Yet, nationalism continued to sap the strength of central regimes, especially throughout central and eastern Europe. (Russification failed, for example, in Finland which was a part of the Russian empire until 1917.)

Since then, not much has changed in its fundamentals. In those areas where the de jure national state had managed to eliminate or minimize minority nationalism, there are few threats to the state’s unity or territorial integrity. In places where minority nationalists have managed to hold on—or to even increase their numbers—local self-determination is more likely to become a reality and a threat to existing states.

It is in these cases then, that nationalism can act as a true force for decentralizing and weakening state power. In those cases, all else being equal, nationalism can be a good thing.

But there is one other caveat we have to mention. Insofar as nationalism may function to empower national regimes—as dangerous as this may be—nationalism may in this way function to weaken international organizations that seek to become super-states. Most notable among these potential super-states, of course, is the European Commission, a body that routinely seeks to centralize power in Brussels and expand its own state-like bureaucratic authority over dozens of national states. Or, as Marco Bassani and Carlo Lottieri describe it:

What is already happening in Europe is very significant. If present trends continue, the different European peoples, daily wrapped up in conflicts and difficulties caused by their own States, are about to be subject to the authority of a continental super-State, without even realizing it.

Bassani and Lottieri note that experience suggests one of the greatest barriers to the expansion of this super-state is indeed the national states themselves. Thus, national states unexpectedly become useful institutions in holding back even greater state power:

There is a certain irony in the fact that freedom seekers all around the globe must rely on the States’ unwillingness to comply with the far-reaching political dreams of euro and world unificationists. The contemporary resistance of the State to this historical nemesis of its own logic—the same one that in the past has paved the road to the rise of political modernity and is now digging its grave—seems to be the only realistic hope for individual liberties.

This is ironic indeed. Long the instruments of political centralization, unification, standardization, and bureaucratization, some national states appear to have reached the point where they conclude the trend toward greater size and centralization has gone far enough.

In this sense, some state regimes may indeed prove to be useful ad hoc tools in putting up resistance to further centralization.

This utilitarian notion, however, should not be confused with the act of embracing national states as necessarily beneficial institutions key to human self-identity and culture. National identity remains a purely modern figment of our imaginations. But that doesn’t mean it can’t be useful.

In any case, it’s impossible to simply declare nationalism itself to be good or bad. Its goodness or badness depends primarily on its effect on existing regimes and state institutions.