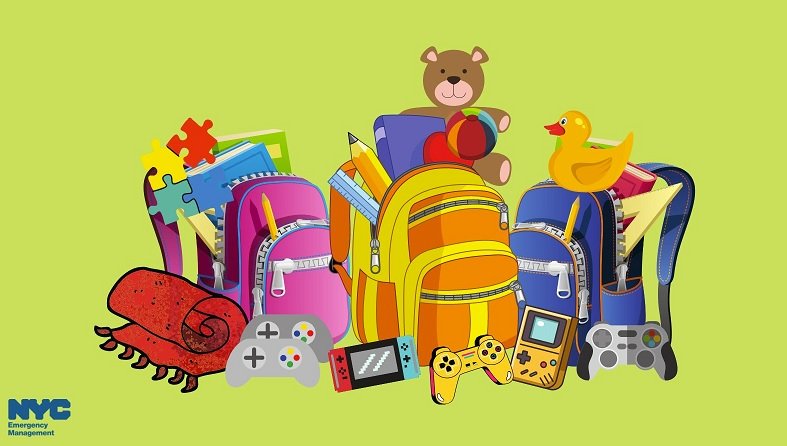 Corrupt politicians are intent on perpetuating a state of emergency by employing scare tactics.

In a bid to sustain support for funneling weapons into Ukraine at taxpayer expense and ramp up hysteria surrounding Russia, New York City is issuing warnings to the public on how to respond amid a nuclear attack.

“Never let a good crisis go to waste,” is modus operandi of the predator class.

Earlier this month, New York City’s Department of Emergency Management released a public service announcement guiding residents on how to respond in the event of a nuclear disaster, the first of its kind since the 1960s.

“So there’s been a nuclear attack,” a spokesperson looks into the camera and says. “Don’t ask me how or why. Just know that the big one has hit.”

The video, released on the city’s YouTube channel, advises New Yorkers to get inside fast and don’t stay in the car amid a nuclear attack, stay inside, shut all the doors and windows, head to a basement if possible, and to remove and bag all outer clothes if exposed outdoors.

According to the city’s website, the likelihood of a nuclear attack is very low.

The City of New York came up with a pretty useless PSA on how to protect ourselves from nuclear attack. Follow media? Um, there won’t be electricity or media. Then again, we’ll all be vaporized so… It pains me to say that there were no nuclear PSAs when Trump was president. pic.twitter.com/PhMzBCdSrY

A spokesperson with the Emergency Management Department maintains there is “no direct threat” but it is important New Yorkers know how to respond.

But the city continues to stir panic.

The NYC emergency management agency advised residents to prepare a ‘Go Bag’ that “has everything you need to to leave home in a hurry.”

“Every household member should have on, including kids,” the agency notes. “What will you pack? Nonperishable snacks. Bottle water. Copies of important documents.”

A Go Bag has everything you need in case you need to leave home in a hurry. Every household member should have one, including kids. What will you pack?
– Nonperishable snacks
– Bottled water
– Copies of important documents
For more ideas, visit: https://t.co/Wgc9eiJRqf pic.twitter.com/igzdlTHbvF

“Make a disaster plan with your household members to prepare for what to do, how to find each other, and how to communicate in an emergency. Make a plan that best suits your needs and the needs of your household,” the agency’s website states.

“I don’t think it was alarmist,” he told reporters. “I’m a big believer in better safe than sorry. I take my hat off to [the Office of Emergency Management].”

As New York City officials prioritize public awareness of what to do in the unlikely situation of a nuclear attack, crime continues to surge in the Big Apple.

The city has endured 25.8 percent increase in violent crime — ranging from homicide, rape, robbery, and assault — from June 2021 to last month, the highest uptick in violent crime in the U.S.

A recent poll  reveals that 92 percent of New York City residents believe crime is a “serious problem” in the city, with 62 percent saying it is a “very serious issue.”

The post NYC City Is Urging People To Get Their ‘Go Bag’ Ready After Issuing First Nuclear Attack PSA Since The 1960’s appeared first on The Gateway Pundit.