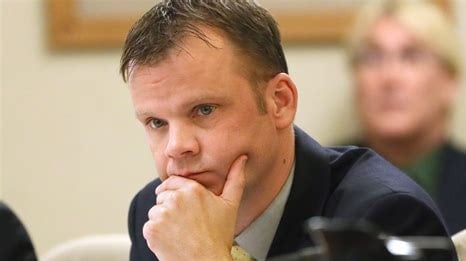 After months of doing nothing, Wisconsin Senate Majority Leader Devin LeMahieu now is pretending that he cares about election integrity.

Devin LeMahieu is the sitting State Senator in Wisconsin’s District 9.   He is being primaried by Ruth Villareal.  LeManhieu is also the Senate Majority Leader.

TGP wrote about LeMahieu in March.  He responded to a father and former Army Captain when demanding that he decertify the 2020 Election, or at least do something, with “Is that all?”

EXCLUSIVE: Wisconsin Father and Former Army Captain Goes Off on Senate Majority Leader Who Refuses to Decertify 2020 Election Despite Ample Evidence to Do So

Now all of the sudden, Senator LeMahieu cares about election integrity when a year ago or not even a year ago he told the Army Captain to basically be quiet.  He seemed to have no will and no resolve to do anything to fix the election process in the state.

This upset the Army Captain who was thinking about his daughter.  LeMahieu also said that he wasn’t willing to do anything to push through any resolutions while in the Senate but now all of a sudden it’s a priority to him to get elections fixed going forward. He constantly just uses the fact that Tony Evers will veto anything that they send to him in order to get around doing his job.

TGP has uncovered an email that LeMahieu sent out calling his primary opponent’s campaign a joke. The fact of the matter Is that he hasn’t done anything for the people for the last two years and now because it’s an election cycle and he’s being primary by an actual candidate that could beat him or come close to beating him he wants to take these top stances.

LeMahieu also refused to walk in the Sheboygan County Republican party’s section during the July 4 parade because Russ Otten the chairman allowed primary challengers to also walk and to have a fair and balanced opportunity to have a voice in the primary on August 9. LeMahieu is a Speaker Vos puppet and operates just as crony style tactically as Robin Vos does.  It’s too late for him to work for the people now.  He’s had his chance.  It’s time for a Senator in Wisconsin who has the courage to do what is right when it’s not easy to do.

The post EXCLUSIVE: After Months of Doing Nothing, Wisconsin’s Senate Majority Leader LeMahieu Now Pretends to Care About Election Integrity appeared first on The Gateway Pundit.