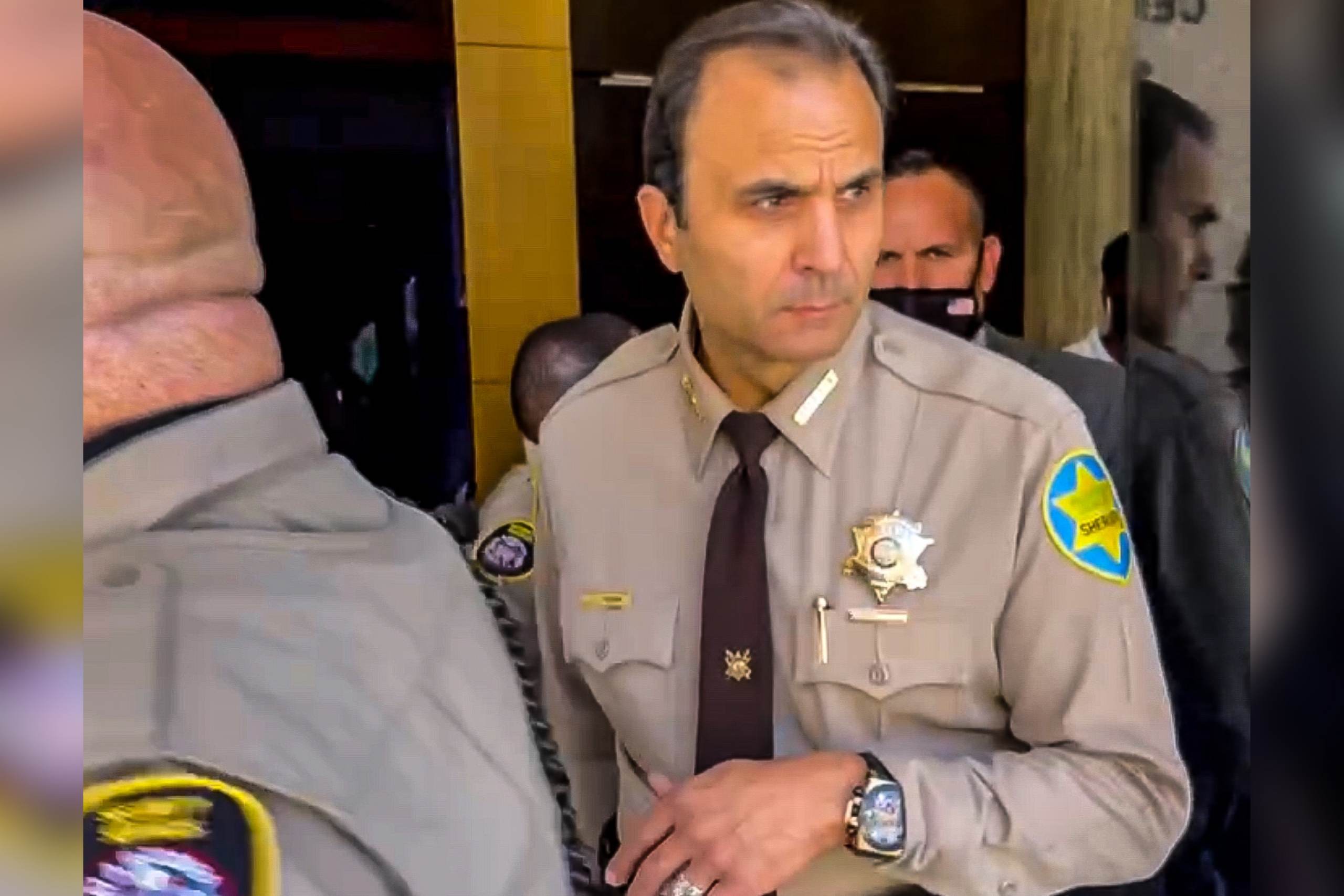 The Maricopa County Sheriff’s office and the Biden Justice Department are watching conservatives on Arizona’s Election Day, allegedly to ensure the safety of voters.

Patriots independently investigating voter irregularities, ballot trafficking, and outright fraud will be scrutinized for “interfering with the right to vote peacefully.”

Are they taking these measures anywhere else in the country?

The Justice Department has assigned a prosecutor to take complaints and respond to any possible voting-rights abuses in Arizona’s Tuesday Primary. They will partner with the corrupt Soros-funded Maricopa County Sheriff Paul Penzone to crack down on Republicans.

Penzone previously begged the Arizona Senate to stop auditing the Stolen 2020 Election, and he refused to comply with auditors. He will use his office to steal another election.

The Gateway Pundit already reported on the egregious election day “irregularities” that Patriots are seeing at the polls this morning.

Where is law enforcement when you need them?!

PHOENIX – The Justice Department has assigned a federal prosecutor to respond to potential voting-rights complaints and violations in Arizona for Tuesday’s primary election.

Assistant U.S. Attorney Sean Lokey will serve as the election officer for the federal bureau’s Arizona district in Phoenix. He will also consult with the Justice Department on any instances of election fraud and voter intimidation, the agency said.

“This is the first time we’ve done this before the primary election,” U.S. Attorney Gary Restaino told KTAR News 92.3 FM on Friday.

“Just to try and set the tone that the federal government is partnering with state and local officials.

The department said that anyone questioning, challenging, photographing, or recording at polling places under the pretext that they’re uncovering illegal voting may violate federal voting rights law.

The FBI said special agents from the Phoenix office will also be taking reports on election day abuses at 623-466-1999 or online at https://tips.fbi.gov.

They will not even allow us to record or photograph illegal voting! This is clearly meant to stop anybody from busting the illegal ballot harvesting or trafficking discovered in Dinesh D’Souza’s “2000 Mules” documentary.

U.S. Attorney Gary Restaino, the top federal prosecutor in Arizona, was appointed by Joe Biden last October for this purpose.

Maricopa County Sheriff’s Deputies will also be in plainclothes, “watching for any issues that could interfere with the right to vote peacefully.” Penzone told KTAR that he will have “zero tolerance” for Patriots who want to ensure a free and fair election.

Maricopa County Sheriff Paul Penzone expects to have a more robust law enforcement presence than usual on election day, but many will be plainclothes deputies watching for any issues that could interfere with the right to vote peacefully.

“If you’re at a polling place, you can pretty much work under the premise that there’s a plainclothes deputy not too far away keeping an eye on things, so you can come and feel safe,” he said.

The move comes after tensions following the 2020 election and not because of any specific threat.

They’re using law enforcement to intimidate conservative voters under the guise of protecting the right to vote peacefully.

And this move comes after “tensions,” not the massive law violations or hundreds of thousands of illegal or questionable ballots that were discovered in the 2020 Election.

All Patriots need to get out and vote and pay attention to what they’re doing.