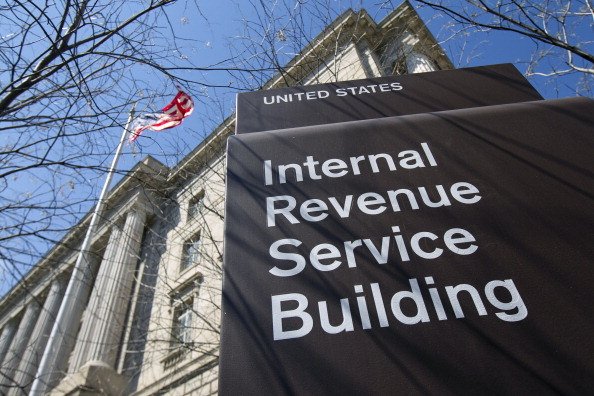 The Senate on Sunday passed the Democrats’ sweeping economic package that would allocate billions of taxpayer dollars to facilitate the expansion of the Internal Revenue Service’s workforce.

The IRS would receive $80 billion if H.R. 5376, the $750 billion “Inflation Reduction Act” passes the House and lands on Biden’s desk. The funding would mark a 600 percent increase from 2021 when the bureau received $12.6 billion.

The reconciliation package would also double the current IRS workforce by hiring an additional 87,000 employees to the bureau’s staff of 78,661 employees, a move that would make the IRS  larger than the Pentagon, State Department, FBI and Border Patrol.

“The Pentagon houses roughly 27,000 employees, according to the Defense Department, while a human resources fact sheet says the State Department employs just over 77,243 staff. The FBI employs approximately 35,000 people, according to the agency’s website, and Customs and Border Protection says it employs 19,536 Border Patrol agents,” the Washington Free Beacon reports.

Democrats claim the majority of additional revue from IRS audits would come from the wealthy upper class, but a study from the Joint Committee on Taxation shows the audits would cripple the middle class, the publication notes:

The additional IRS funding is integral to the Democrats’ reconciliation package. A Congressional Budget Office analysis found the hiring of new IRS agents would result in more than $200 billion in additional revenue for the federal government over the next decade. More than half of that funding is specifically earmarked for “enforcement,” meaning tax audits and other responsibilities such as “digital asset monitoring.”

The majority of new revenue from IRS audits and scrutiny will come from those making less than $200,000 a year, according to a study from the nonpartisan Joint Committee on Taxation. The committee found that just 4 to 9 percent of money raised will come from those making more than $500,000, contrary to Democrats’ claims that new IRS agents are necessary to target millionaires and billionaires who hide income.

The Senate voted to pass H.R. 5376 on a party-line vote, with Vice President Kamala Harris breaking the tie. The bill goes to the House, where it will likely pass.

GOP lawmakers warn the Democrat’s attempt to expand the IRS is an attempt to further weaponize the federal bureau against the middle class.

Democrats are making the IRS bigger than the Pentagon, the Department of State, the FBI, and the Border Patrol COMBINED!

Those IRS agents will come after you, not billionaires and big corporations! pic.twitter.com/HYq5cIjXay

“I introduced an amendment to say, ‘don’t create 87,000 new IRS agents’ — every Democrat voted ‘no,’” Cruz continued. “They are bound and determined to try to ram this bill through.”

Sen. Lindsey Graham, R. -SC, warns the legislation under the guise of inflation is a “fraud” and a “lie.”

“The CBO says next year, inflation will go up or down 0.1 percent. That’s not much of a reduction,” Graham explained on a Friday appearance on FNC’s Fox and Friends. “This bill has tax increases on imported oil. The taxes in the bill will be passed on to consumers at the $75,000 or below level. The subsidies for Obamacare go to people who make $300,000 and $400,000 as a family of four. It is a bunch of bs that it will reduce inflation. It is about as accurate as saying the border’s secure and the Taliban didn’t know Zawahiri was in Kabul. This is a fraud. It’s a lie. It’s going to make every problem worse.”