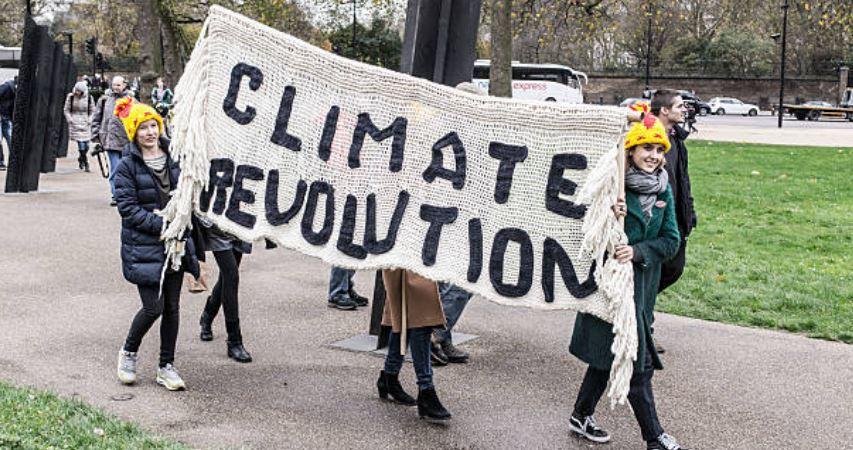 Democrats on Capitol Hill are pressuring the Biden administration to declare a climate emergency, voicing their doomsday predictions that without immediate action to curb and ultimately end our dependence on fossil fuels, “the planet” and, by implication, every living creature that inhabits it, will die. “If we don’t really begin to lower emissions, this planet has no chance,” said Representative Alan Lowenthal, a California Democrat. “We have a few years left and that’s it. The planet is dying.” This dire assessment and apocalyptic warning echoes Al Gore’s 2006 book and documentary, An Inconvenient Truth, and his subsequent statements that climate inaction would cause the complete summertime meltdown of the North Pole ice by 2013.

Even though such ridiculous predictions as Gore’s have been put forth and have been proven false, it appears that, thanks to the rise of “stakeholder capitalism” and the Environmental, Social, and Governance (ESG) Index, climate change catastrophism’s heyday has finally arrived. It becomes necessary, therefore, to address it directly. This does not necessarily mean readjudicating the climate change science, since others have done well to subject the narrative to withering critique and debunking. Critics have raised the following issues with climate change catastrophism:1

This is but the skeleton of a body of reasons for concluding that climate change catastrophism is overwrought and hyperbolic, if not based on outright fraud. As S. Fred Singer, David R. Legates, and Anthony R. Lupo have remarked:

Contrary to some accounts of the history of the scientific debate, there was no gradually emerging “consensus” on the human role in climate change. Rather, politics quickly overtook science as environmental advocates and other interest groups recognized the utility of the climate change issue in advancing their own agendas.

Why, then, is the establishment so hell-bent on pushing climate catastrophism? And what are these agendas?

It’s clear that climate catastrophism is not primarily about the climate. If it were, as Rupert Darwall has noted in Green Tyranny, then Germany, facing rising CO2 emissions since its implementation of Energiewende (energy transition), would not have hastened the closure of its nuclear power plants, the only reliable source of zero-emissions electricity other than hydroelectric plants, which environmentalists also abjure. The same goes for California and New York.

Philosophically, as Alex Epstein has made clear in Fossil Future, climate catastrophism is fueled by an “anti-impact framework,” which hamstrings humanity by attempting to eliminate the human impact on the environment altogether. It is antihuman at base. It places the well-being of “the environment” above human flourishing, while denying that human beings are part of the environment.

The necessary outcome of climate change catastrophism is curtailed economic growth. This is ironic because the global elites at the World Economic Forum (WEF) regularly suggest that one of their objectives is to achieve “fairness” for people in underdeveloped countries. To date, this “fairness” has involved wealth transfers from the developed to the developing world that amount to bribes for stemming further development.

Climate catastrophism boils down to renouncing and eliminating cheap and reliable energy and enriching climate alarmists like Al Gore—all in the interest of furthering a globalist political agenda. Most importantly, that is, climate change catastrophism has to do with the vaunted “solidarity,” “inclusivity,” and “international cooperation”—the means that the WEF, the United Nations, favored corporations, and their proxies in government deem necessary to mitigate the supposed crisis. These code words stand for a totalitarian regime under which a newly refurbished collectivism will abrogate individual rights and vastly curtail human freedom. As it turns out, the means for mitigating climate change are the ends sought by climate catastrophists.