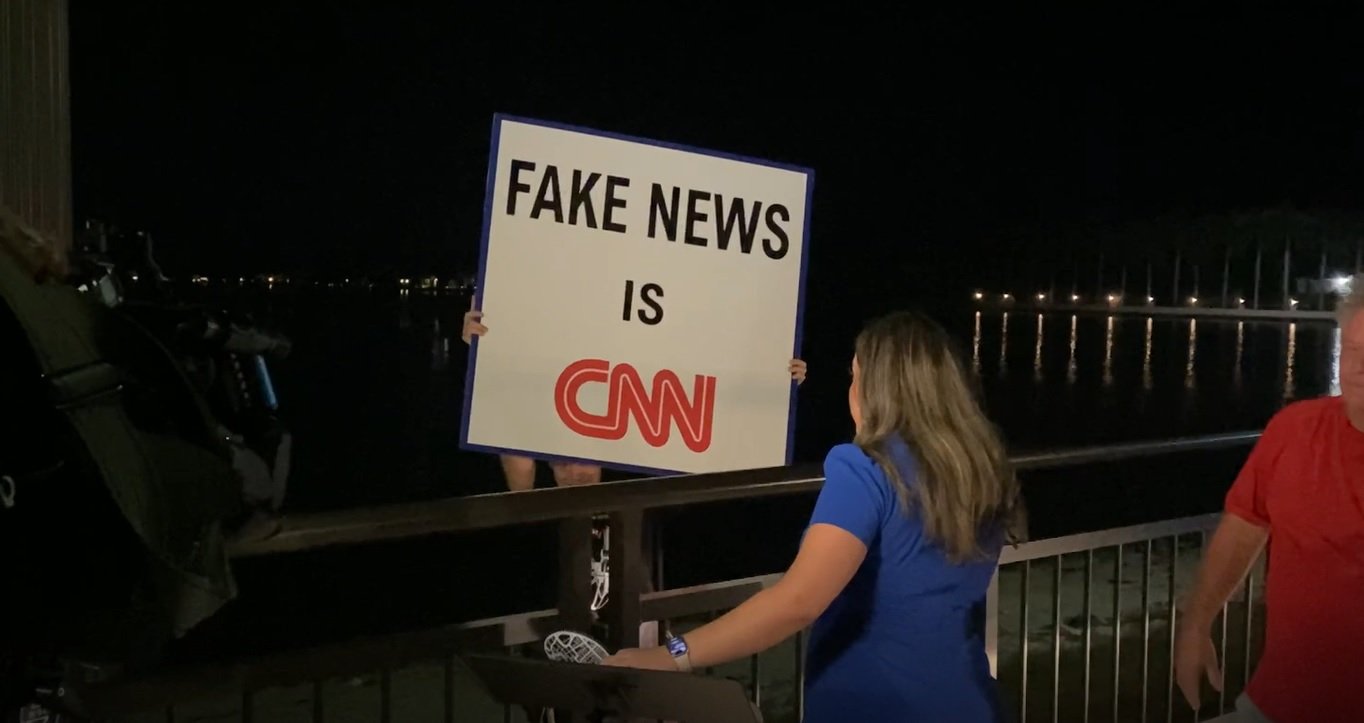 Last night when reporting near Mar-a-Lago, President Trump’s home in Florida, CNN abruptly ended its programming when an individual went behind the reporter and shared a sign about CNN.

Americans were in shock yesterday evening when they learned that the Biden Administration had invaded President Trump’s residence in Florida and taken his personal belongings.  The utterly corrupt Biden DOJ and FBI stormed Mar-a-Lago during the day on Monday.

By last night the word was out that about Biden’s Attorney General’s order to storm the President’s residence.  By this time the mainstream media were notified and some went to Mar-a-Lago to do their dishonest reporting.

The Mainstream media in the US is out of hand.  They push lie after lie about President Trump and the American people and share these messages across the globe.  Good Americans are labeled the opposite on these channels for loving God, their families, their country, and their President.

CNN has been the mouthpiece for the corrupt media for some time.  Americans know this and President Trump had the courage to point it out.  Obama was handled like a god by these biased and sick individuals as well as Hillary, but not President Trump.  Americans know it and that is why the perception of the Mainstream media is so low.

Last night outside Mar-a-Lago patriots were ready for CNN. It’s happened before.  In September of 2020 CNN was forced to cut away from their reporter at the Supreme Court because of the chants behind the reporter that “CNN was Fake News”.

Last night outside Mar-a-Lago CNN was reporting when American patriots walked behind them and showed a “Fake News is CNN” sign. The reporter at CNN stopped her recording with Mar-a-Lago in the background when the sign arrived.

They fled the scene.

The post CNN Reporter Ends Her Broadcast Outside Mar-a-Lago After “Fake News Is CNN” Sign Appears in Background appeared first on The Gateway Pundit.