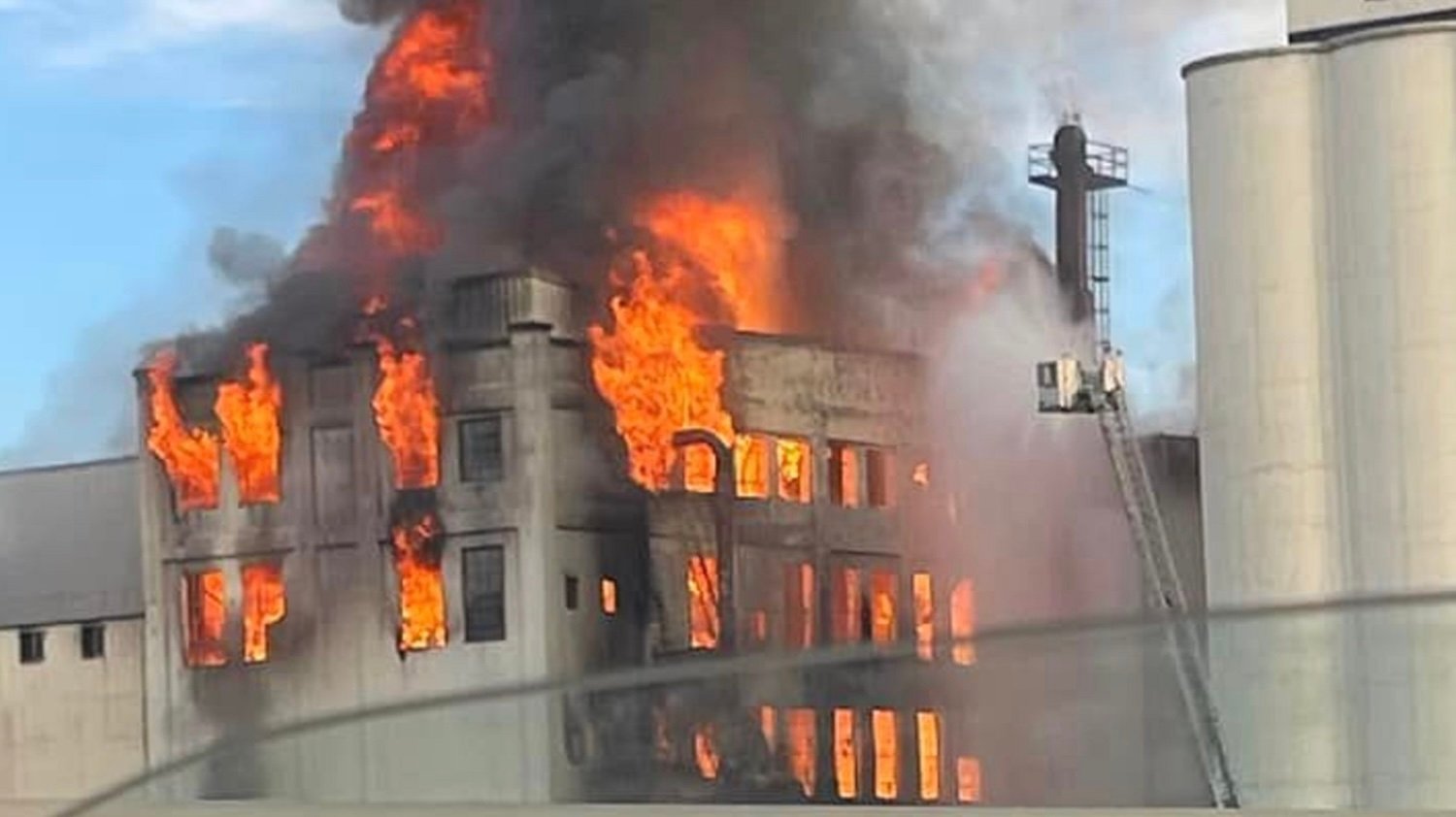 A fire completely destroyed a building at Pendleton Flour Mills in Eastern Oregon on Wednesday.

Officials said that a small fire that started on Tuesday afternoon and reignited early Wednesday morning caused the Pendleton Flour Mills to go up in flames.

“The fire subsequently reignited at approximately 4:00 this morning [Wednesday] at which time it was fully engulfed due to dry grain, as well the wood structure within,” Byram added. At 9:30 a.m., firefighters were still working the blaze from every direction, and a drone was flying overhead checking for additional hot spots.

There are no more buildings at risk, according to the Pendleton Fire Department, which is being helped by eight other agencies.

“Although the building is a total loss, this will be an ongoing emergent situation due to the amount of grain that is slow burning. There have not been any reported injuries,” Byram said.

People were encouraged to stay out of the area for their own safety, as well as the safety of firemen working diligently to stop the fire. At 10:55 a.m., it appears that the flames have been extinguished, but firefighters are still on the site focusing on the remaining hot spots.

According to Chief Byram at 2:21 p.m., it seems that the fire crew is keeping the structure fire under control and will continue to monitor throughout the night for any hot spots

Grain Craft, which owns the Pendleton Flour Mills, bills itself as the country’s largest independent flour milling enterprise, according to its website.

The post A Devastating Fire Completely Destroyed the Pendleton Flour Mills in Oregon appeared first on The Gateway Pundit.