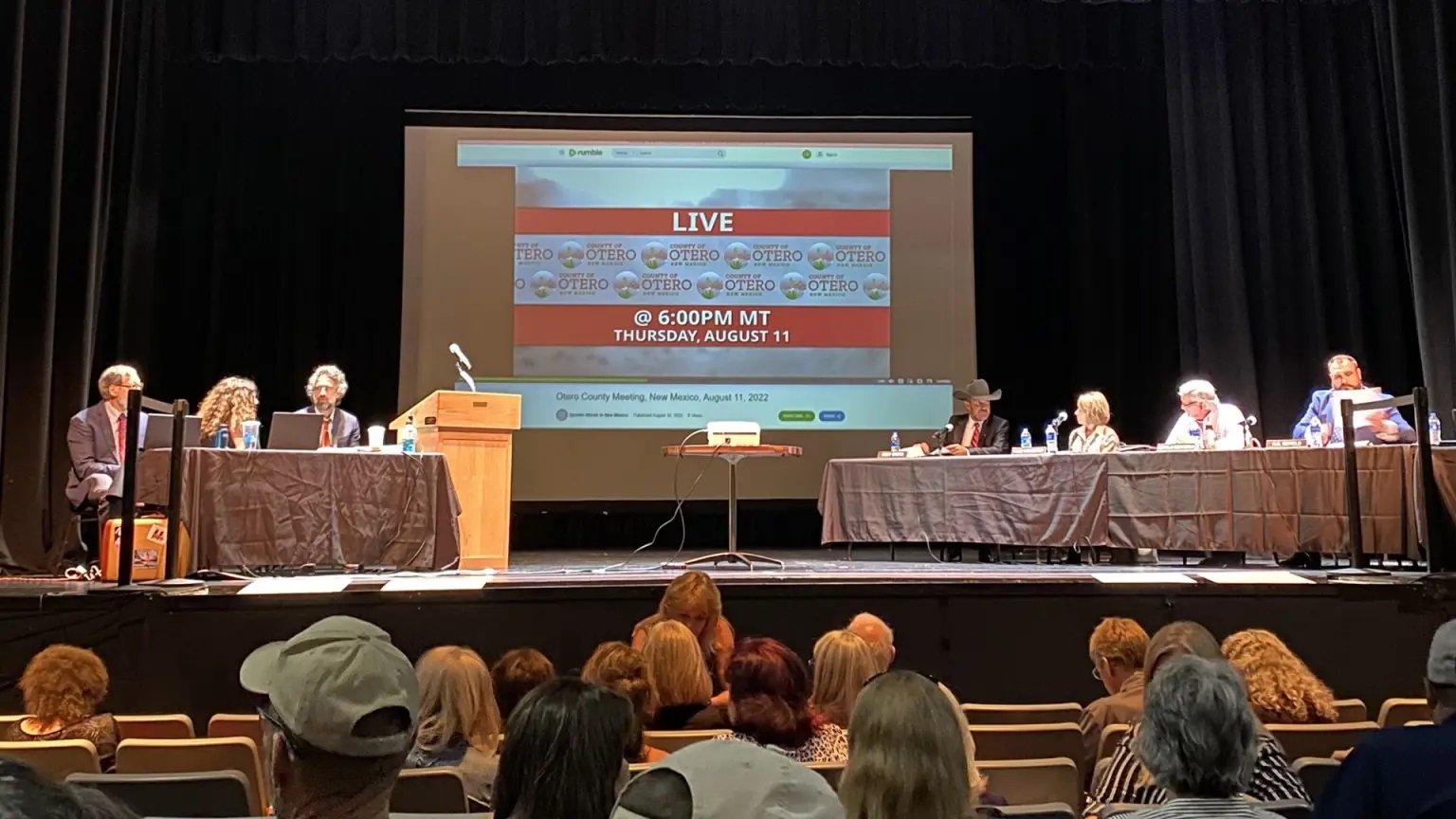 This audit was the role model for performing audits of the 2020 Election because it identified and presented on numerous uncertifiable activities and results from the 2020 Election that proved that the election never should have been certified in the county or the state.

A group of Americans worked tirelessly on their own time and at their own cost to determine if the results and activities that supported these results in the county and state were legit.  They ultimately found out they weren’t and they presented the results of their work on Thursday night in Otero County.

The Gateway Pundit reported on this meeting on Thursday and the earth-shattering news from the IT professional who worked in Otero as well as in Antrim County, Michigan, that there is evidence that the Michigan Supreme Court race was switched through the machines, and as a result the Michigan Supreme Court flipped from Republican to Democrat.  (Notice how these fraudulent activities always assist the Democrats?)

On Thursday, the Otero County Commission held a special meeting at the Flickinger Center in downtown Alamogordo to discuss the findings of the Otero County audit, which resulted in the uncovering of multiple abnormalities. Presenting on the fraud included IT expert Jeffrey Lenberg, Professor David Clements, Erin Clements, and Cynthia Butler, a statistician.

Butler’s findings from a statistical analysis of votes were that there are margins of error in Otero County around 20 to 30 percent, which she said “is consistent with mail-in ballot stuffing” and “digital ballot stuffing.”

Erin Clements presented the abnormalities in voting registration data. One interesting finding in her presentation was that trends in voter registrations through the New Mexico Motor Vehicle Division (MVD) continued in constant patterns even when Democrat Gov. Michelle Lujan Grisham closed down the MVD during the pandemic, signifying algorithms artificially adding these new voters. She also mentioned ballot boxes in Doña Ana County found in a warehouse that had 3,000 to 5,000 ballots unsecured.

Lenberg focused on how the New Mexico voting machines were running out-of-date software while the 2020 General Election project file was missing from Otero County. Lenberg explained how risk-limiting audits, like those in New Mexico, do not work. He noted how Otero County is “one of the few counties to take action” and to “clear the air.” He noted how his inspection into fraud in Antrim County, Michigan triggered the Department of Homeland Security to demand a special prosecutor be appointed to persecute him.

The audit of Otero County resulted in a 500-page assessment report showing all the fraud found in the county. Recommendations for the County include decoupling the election process, where a tabulator company does not audit their own machines and where scans of ballots by the individual precinct are uploaded to a public site immediately following the election to ensure transparency. Other recommendations are included in their report.

David Clements said, “Public trust has been eviscerated,” regarding the election process.

The Otero County Commission approved two measures at the meeting. One was to pursue a lawsuit against Secretary of State Maggie Toulouse Oliver on a vote of 2-1 and a motion to remove drop boxes, remove voting machines, and hand count ballot on a vote of 2-1. Commissioners Marquardt and Couy Griffin voted in support of both measures, while the lone vote against both was Commissioner Gerald Matherly.

The Secretary of State in New Mexico threatened those involved in the audit in the county rather than encouraging the audit.  In the corporate world if someone did the same they’d be terminated.  What harm can there be in performing an audit if everything is on the up and up?

Watch the entire presentation below: