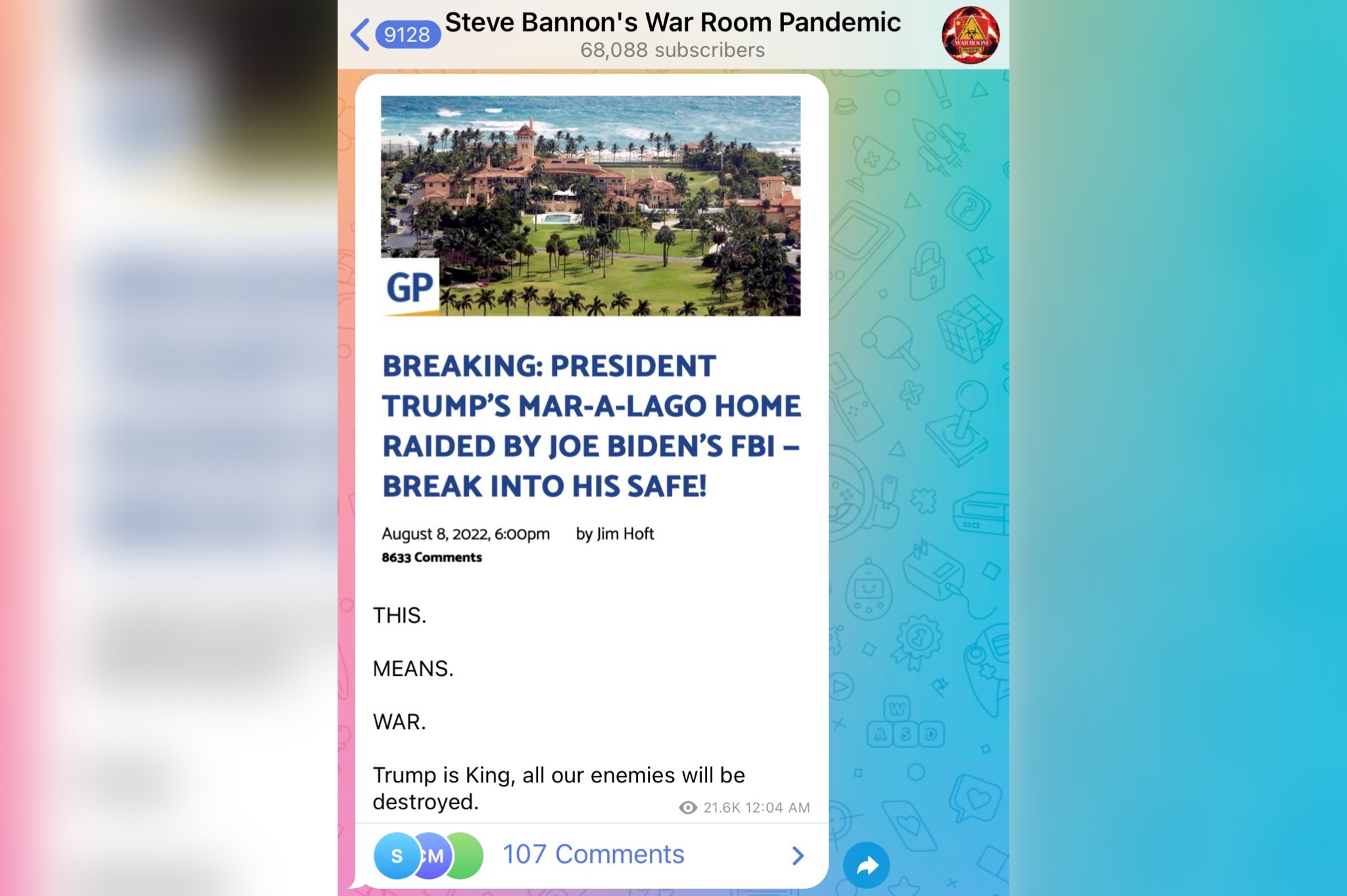 Alan Feurer wrote a piece for The New York Times titled “The F.B.I. search ignited the language of violence and civil war on the far right.”

The purpose of this piece is to tarnish the reputation of President Trump’s “most loyal backers,” who the author claims attack federal law enforcement officials whenever “they have sought to investigate the former president or his allies.”

According to Alan Feurer from the “Newspaper of Record,” the reaction to the raid on President Trump’s property at Mar-a-Lago “went far beyond the usual ire.”

Feurer used an alleged phrase from The Gateway Pundit to back up his claim. CNN host Michael Smerconish used a piece from The Atlantic’s Peter Wehner as a source when he discussed the alleged GP phrase on air.

Peter Wehner included this alleged phrase in his opinion piece “Now They’re calling for violence” in paragraph six of his screed.

However, these leftist reporters have one problem.

The phrase “This. Means. War” was NEVER published in any of The Gateway Pundit’s articles.

The phrase “This. Means. War” was used as a caption on two articles from The Gateway Pundit that were shared on the”Steve Bannon’s War Room Pandemic“ Telegram account. Simply said, the phrase “This. Means. War.” has never been written by TGP, nor has it been published on our website or on our social media.

This complete lie about The Gateway Pundit has been picked up by dozens of mainstream media outlets.

The Gateway Pundit is reaching out to the authors as well as our attorney about this matter.

The post The Atlantic, CNN, NY Times Smear The Gateway Pundit with Explosive Quote — That WE NEVER MADE! It was Posted on a Telegram Channel That is Not Ours and That We Have No Control Over! (VIDEO) appeared first on The Gateway Pundit.