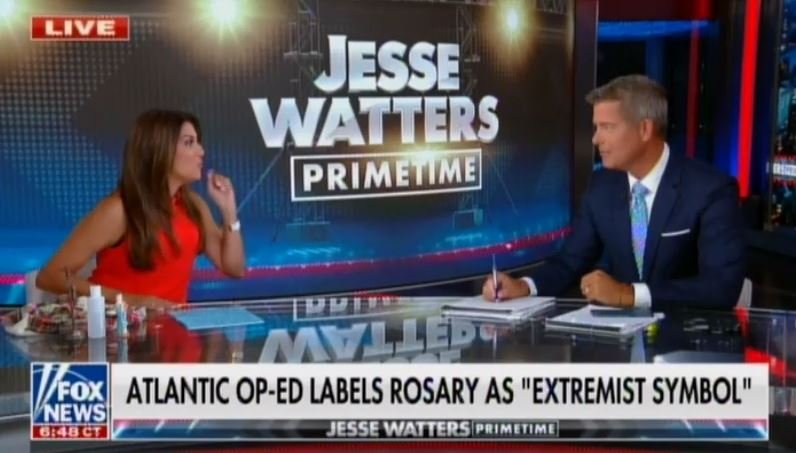 As reported earlier today, Atlantic contributor Daniel Panneton has published an op-ed in which he claimed that the rosary is now a symbol of extremism.
The rosary, of course, is a string of beads or knots that are used by Catholics as they do a series of prayers.

In the article titled, “How the Rosary Became an Extremist Symbol,” Panneton claimed that “just as the AR-15 rifle has become a sacred object for Christian nationalists in general, the rosary has acquired a militaristic meaning for radical-traditional (or ‘rad trad’) Catholics.”

Panneton claimed that “on this extremist fringe, rosary beads have been woven into a conspiratorial politics and absolutist gun culture. These armed radical traditionalists have taken up a spiritual notion that the rosary can be a weapon in the fight against evil and turned it into something dangerously literal.”

The writer claimed that the “the rosary—in these hands—is anything but holy.”

This is just the latest shameless attack on Christianity and Catholocism by the radical left. On Monday night FOX News host Rachel Campos-Duffy took on Panneton and the left. Campos-Duffy knows this is open communism.

Rachel Campos-Duffy: There is a long history of this. So the first thing that the Marxists, communists do is they attack religion they have to get rid of it. And by extension they want to get rid of family bond. It’s all because the family and religion are threats to the authoritarian state… Bishop Sheen said if you make it – outlaw believing in God then we should all stand up as criminals.

The post Rachel Campos-Duffy the Left’s Latest Attack on Catholicism and the Rosary: “The First Thing the Communists Do Is Destroy Attack Religion – They Have to Get Rid of It” (VIDEO) appeared first on The Gateway Pundit.