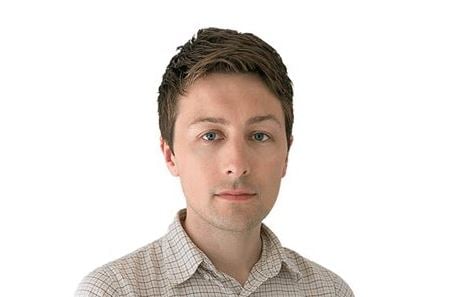 Deep Stater and now WaPo writer Jon Swaine produced another garbage masterpiece on Monday along with a couple of other contributors at WaPo.  When the Deep State needs garbage they bring in the Brit with connections to the Steele dossier.

In January 2022, TGP reported that Brit Jon Swaine worked for the far-left Guardian where he was reporting on Russia, Russia, Russiagate, all the time.

Swaine put together a piece with Luke Harding who is one of the chief developers of the bogus Steele dossier which was used to support the made-up Russia collusion story.

Swaine eventually worked his way to the Big Time garbage dump – the Washington Post.  There he was called on again to push the garbage narrative planted by Deep State Don Berlin.  Swaine was the writer of choice in this corrupt Deep State narrative that claimed President Trump committed sedition.  This was just another example of the dark and ugly Deep State and Democrats projecting their own sedition onto President Trump.

This week the WaPo and their Brit reporter Jon Swaine are at it again.  On Monday they released another garbage report from the deep state saying that President Trump’s attorneys copied election system software in three states in an effort to find flaws in the software.

: Under subpoena, computer experts turn over docs showing Sidney Powell and an attorney for the Trump campaign directed and paid for them to copy election system software in Georgia, Michigan and Nevada. By @emmersbrown @jonswaine @AmyEGardner & me. https://t.co/aK3ysIXXZS

Swaine even made a performance on MSDNC to discuss the Deep State story.  Swaine claimed Sidney Powell was strategizing how to overturn the election – not that she was attempting to save America from a communist takeover of the US election process.

According to Swaine and the Washington Post – the voting computer systems are sacred and should not be touched or examined.  This is the new talking point on the left.  Why is that?

Attorney Sidney Powell sent the team to Michigan to copy a rural county’s election data and later helped arrange for it to do the same in the Detroit area, according to the records. A Trump campaign attorney engaged the team to travel to Nevada. And the day after the Jan. 6, 2021, attack on the Capitol the team was in southern Georgia, copying data from a Dominion voting system in rural Coffee County.

The emails and other records were collected through a subpoena issued to the forensics firm, Atlanta-based SullivanStrickler, by plaintiffs in a long-running lawsuit in federal court over the security of Georgia’s voting systems. The documents provide the first confirmation that data from Georgia’s election system was copied. Indications of a breach there were first raised by plaintiffs in the case in February, and state officials have said they are investigating.

“The breach is way beyond what we thought,” said David D. Cross, a lawyer for the plaintiffs, who include voting-security activists and Georgia voters. “The scope of it is mind-blowing.”

A drumbeat of revelations about alleged security breaches in local elections offices has grown louder during the nearly two years since the 2020 election. There is growing concern among experts that officials sympathetic to Trump’s claims of vote-rigging could undermine election security in the name of protecting it.

The federal government classifies voting systems as “critical infrastructure,” important to national security, and access to their software and other components is tightly regulated. In several instances since 2020, officials have taken machines out of service after their chains of custody were disrupted.

Ultimately he claims we shouldn’t look for vulnerabilities in voting systems because bad actors might use them.   Um… this is why you want to find them, Jon.  He really makes no sense and shows he’s not too bright.

So once again — Why does the left not want the machines to be examined?

What could they be hiding?

The post WaPo’s Deep State Expert Jon Swaine Claims Trump Team Tried to Uncover Vulnerabilities in Election Systems – Then Suggests This is Off Limits appeared first on The Gateway Pundit.