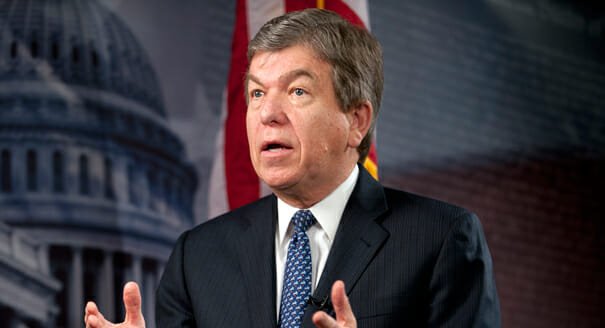 The FBI broke the law when it raided the President’s home at Mar-a-Lago in an unprecedented move.  But GOP Rinos like outgoing Senator Roy Blunt from Missouri sides with the FBI anyways.

As TGP has reported over the past few days, the FBI had no legal status to raid the President’s home and take documents from President Trump.

Attorney Mike Davis shared the law and the reasons the FBI unlawfully entered the President’s home and took records from the President in early August.

EXCELLENT: Former Law Clerk for Justice Gorsuch Lays Out Why the Mar-a-Lago Raid Based on Today’s Affidavit Was “Unprecedented…Unnecessary, and…Unlawful”

The law means nothing to corrupt actors like GOP Senator Roy Blunt from Missouri.

Blunt was on with FOX News this morning and he sided with the FBI.

FOX News reports on Blunt’s ignorance and siding with the FBI:

Sen. Roy Blunt, R-Mo., said Sunday that former President Donald Trump “should have turned over all” of the documents seized by the Federal Bureau of Investigation before he left the White House.

During an appearance on ABC News’ “This Week,” Blunt ripped the timing of the FBI’s unprecedented raid at Trump’s Mar-a-Lago home but admitted the former president “should have turned the documents over.”

“He should have turned the documents over, and apparently had turned a number of documents over, George,” Blunt told anchor George Stephanopoulos. “What I wonder about is why this could go on for almost two years and less than 100 days before the election, suddenly we’re talking about this rather than the economy, or inflation, or even the student loan program you and I were going to talk about today.”

The post Corrupt RINO Senator Roy Blunt Sides with FBI on Mar-a-Lago Raid But Said Nothing About Biden Stealing the 2020 Election appeared first on The Gateway Pundit.