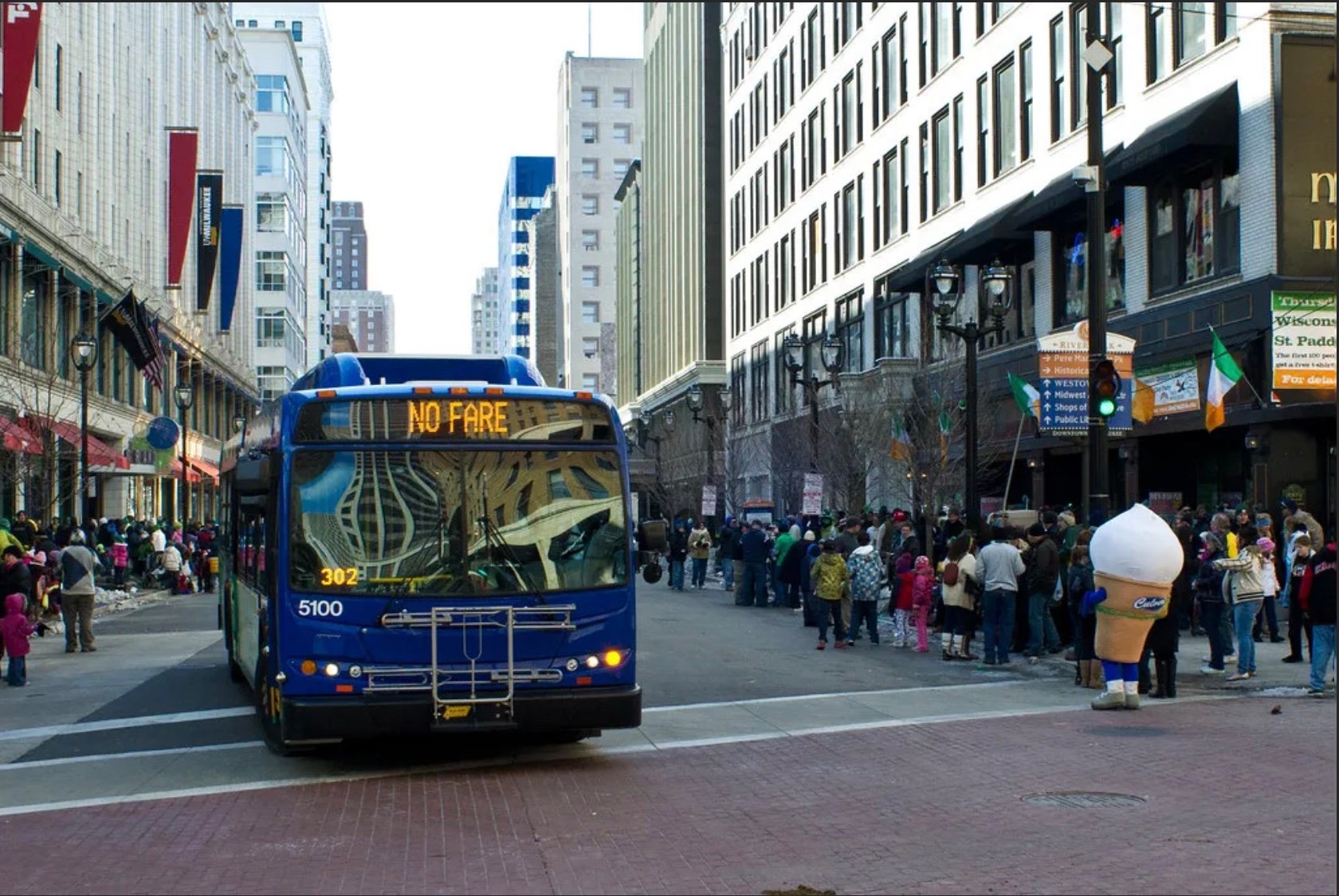 In the midst of two major statewide races and a projected budget deficit, the Milwaukee County Transportation and Transit Committee passed a resolution Tuesday to provide free bus rides to vote in the upcoming November 8 election. Milwaukee County is Wisconsin’s most populous liberal-Democrat county.

The resolution, proposed by Milwaukee County Supervisor Peter Burgelis, is an unabashed effort to increase voter turnout countywide, reading, “for many people, transportation to their polling place can be an impediment to voting, effectively disenfranchising them from the electoral process.”

The measure will cost taxpayers an estimated $63,000 that the county doesn’t have to spend, and draw from the county’s contingency fund.

If approved by the board, the resolution would make it the county’s policy to “display the importance of voting and encourage all citizens to fulfill their civic duty of voting unencumbered by allowing no-cost access to public transit.”

The $63,000 figure was supplied to Burgelis by the Milwaukee County Transit System, he said, and it would apply $50,000 toward transit costs, and $13,000 toward paratransit.

Using funds from this account has become a source of debate for the board, as the county has been projecting a budget deficit for much of the year and and every dollar spent out of this account is another dollar that can’t be used to offset the budget gap and would require offsets through budget cuts.

Milwaukee isn’t the only jurisdiction seeking to exploit taxpayer dollars to turn out more leftwing voters.

From the Journal Sentinel:

With similarly lagging turnout in areas across the country, there has been a surge in efforts nationwide to get voters to the polls in recent years.

During the 2020 general election, Green Bay Metro offered free transit to voters, including paratransit, to the city’s 16 polling places.

During the 2018 midterm elections, popular ride-share services, Uber and Lyft, offered discounted and free rides to the polls. They both slashed their prices two years later during the November 2020 general elections as well.

Democrat Governor Tony Evers, who is being challenged by Trump-endorsed Tim Michels; and Democrat Lieutenant Governor Mandela Barnes, running to unseat U.S. Senator Ron Johnson (R-WI), would most certainly benefit should the measure ultimately be passed by the County Board of Supervisors on September 22.

The post Milwaukee County Committee Approves Resolution to Give Free Bus Rides to Vote on Election Day appeared first on The Gateway Pundit.