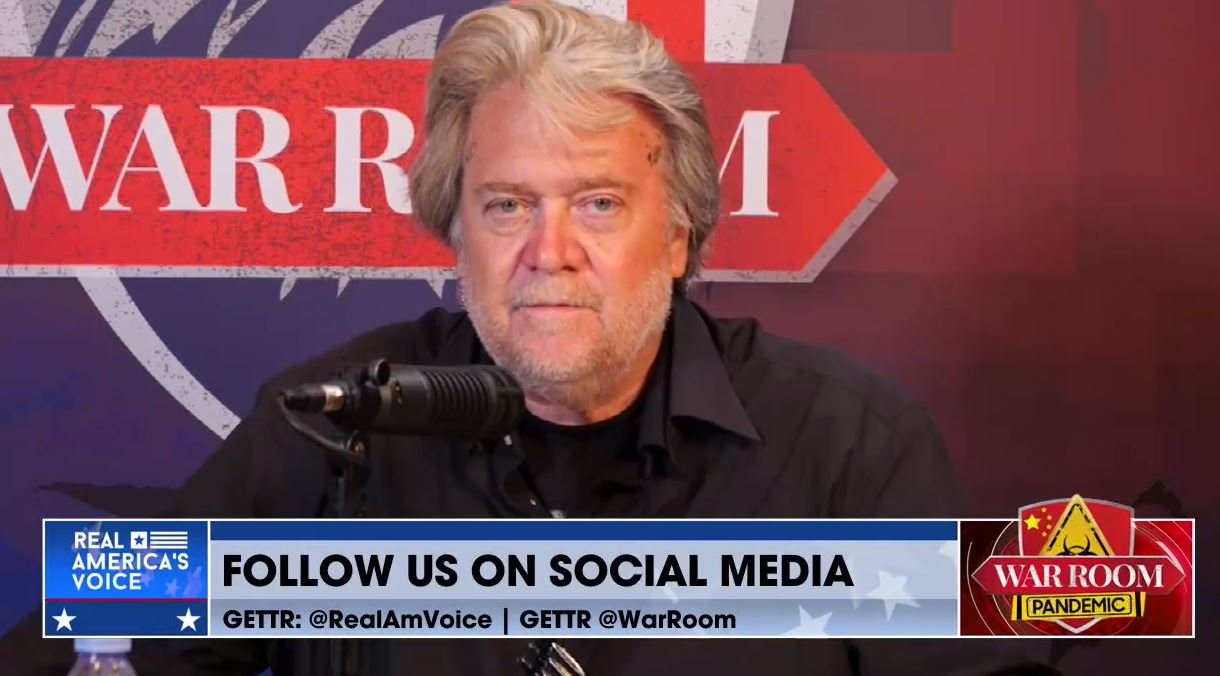 TGP interviewed Raynard Jackson who tells his story and describes why Steve Bannon is one of the most dangerous people in the world.   See this short video below and please read the following piece.

A few years ago, I wrote a column titled, “Why Black Men Need More White Women.”  It went viral and spread like wildfire throughout the internet and was published in newspapers all over the world.  Click on the above highlighted link to read the column from 2014.

Needless to say, Black women were apoplectic at what I wrote.  Many never read the column because they couldn’t get pass the title!

Many ended up apologizing to me after they finally read the piece and stated that they agreed with what I wrote.

In a similar manner, I think my friend Steve Bannon is one of the most dangerous people in the world and the Black community should be especially concerned about how he is being treated by the radical left!!!

Name me another public figure, Black or White, liberal or conservative, that speaks out daily and forcefully about the negative effects that liberalism has had on the Black community.

He constantly talks about how illegal immigration is devasting low and unskilled Blacks.  How inner- city public schools are indoctrinating poor Blacks to look to the government as their savior.  He constantly espouses how Make America Great Again (MAGA) is tailor made for Black participation by providing a grass roots vehicle for their participation in the American dream.

MAGA is a vehicle that seeks to brings all Americans together centered on the core values of putting American sovereignty above global institutions like the United Nations (UN), the North Atlantic Treaty Organization (NATO), the European Union (EU) or the World Economic Forum (WEF).

MAGA, without regard to one’s political affiliation, race, religion, gender, or creed, is about controlling our borders so we can take care of American citizens who are in need, not those who have invaded our country illegally; giving foreign aid to countries who are our friends, not our enemies, like Ukraine; not giving visas to foreigner to compete with American citizens for jobs in the U.S.

Why would they all be sitting in the same room together?  Because they all see the country they love and cherish, America, going down the drain.  They see both parties selling out America; they no longer think that their voices are being heard; they fear their children will have a lower standard of living than they and their parents did.

Trump is the voice and face of MAGA, but Bannon is a close second.

But the media has attempted, and failed, to paint MAGA as a white supremacist movement.  Nothing could be further from the truth.

MAGA says if you believe everything we do should be with America’s interest at heart, then come and join our movement.  If you believe Blacks deserve the same rights as whites, then come let us reason together.  If you want to keep more of your hard-earned money and not continue to pay more and more in taxes for an intrusive government, then we want you to be part of our coalition.

Anyone who seriously wants to put America’s interest ahead of the global elite and their obsession with a one world government is already MAGA whether they know it or not.

Anyone who gets in the way of the global elites like Bill Gates, George Soros, Angela Merkel, etc., are considered threats to the elite’s global world order and must be dispensed with immediately.

This is why the radical liberal elites are coming after people like Trump, Bannon, Jair Bolsonaro in Brazil and Nigel Farage in the United Kingdom.

These individuals are all considered disruptors to the radical elite’s plan to create a one world government where its citizens are treated as disposable parts to be seen and not heard; to simply do what they are told or given permission to do.  Like when you can charge your electric car.

Americans were told that if they simply got rid of Donald Trump everything would get better.  In reality, under Trump’s policies America was humming along with a great economy, a strong national defense and historically low unemployment, especially for Blacks.

Under Biden, every metric has gotten demonstrably worse, especially for Blacks.

Trump and Bannon are not MAGA, they are simply a vessel; a mouthpiece; the voice of MAGA.  We, the people are MAGA, that is why the radical liberals are threatened by Steve Bannon.

We no longer have the voice of Michael Jackson, but his words live on through his music because “We Are the World,” we are the people; we are MAGA!

To hear the voice of Steve Bannon to three hundred Black entrepreneurs, click on the link.

Anyone who can bring together a coalition of races, professions, moms, students, just plain ole Americans is a clear and present danger to the radical elite’s plans for a one world government.

Now I hope you understand why Bannon is the most dangerous person in the world!

Raynard Jackson is a Pulitzer Award nominated columnist and founder and chairman of Black Americans for a Better Future (BAFBF), a federally registered 527 Super PAC established to get more Blacks involved in the Republican Party. BAFBF focuses on the Black entrepreneur. For more information about BAFBF, visit www.bafbf.org. You can follow Raynard on Twitter @RealRaynardJ or Gettr @RaynardJackson.

The post EXCLUSIVE: Raynard Jackson on Why Steve Bannon is One of the Most Dangerous People in the World appeared first on The Gateway Pundit.