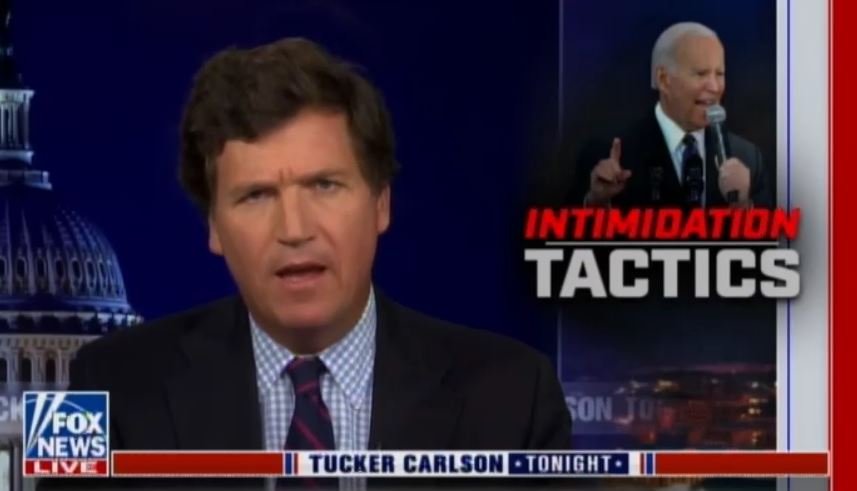 On the Anniversary of the 9-11 Islamist Attacks on America Democrats Democrats and their media organized announced that the political opposition is now the greatest threat to America and as dangerous at the Islamic terrorists on 9-11.

Kamala Harris and others announced this on Sunday, the 21st anniversary of 9-11.

On 9-11, Kamala Harris Compares the Islamists Behind the Sept. 11 Attacks to the Threat of Trump Supporters (VIDEO)

Tucker Carlson opened his Monday show displaying these shocking comments by the Democrat leaders. They have demonized American citizens as their new enemy and will act accordingly.

Last Friday we learned that up to 50 Trump supporters had their homes raided or were subpoenaed by Joe Biden’s DOJ. Attorney Harmeet Dhillon went on with Tucker Carlson to discuss the mass FBI raids and subpoenas of Trump supporters.

Harmeet told Tucker that up to 50 Trump supporters may be involved in the roundup. On Monday Tucker Carlson released the names of several top Trump supporters who were subpoenaed last week by Joe Biden’s DOJ in their ongoing harassment campaign of political opponents.

According to Tucker Carlson the following Trump supproters were caught up in this political purge.

And dozens of others.

The Biden DOJ is demanding all correspondence from these people on unconstitutional and unlawful grounds.