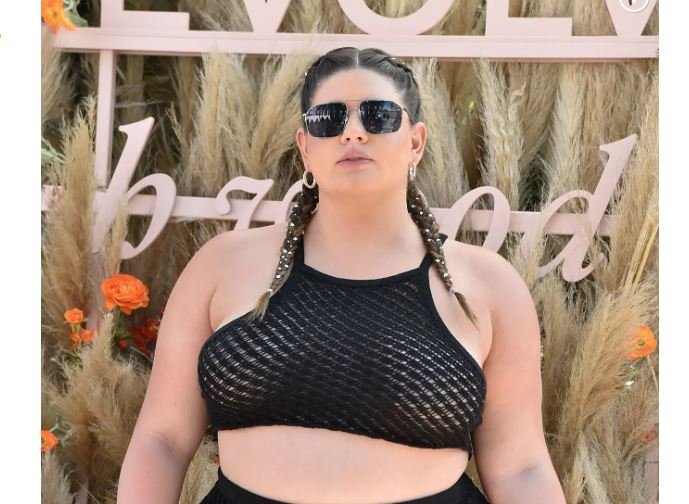 Remi Bader – A Picture of Health

Remi told Women’s Health, “I believe everything happens for a reason and that it all ends up working out. If you have a sh*tty experience, you have to go through it to get to where you’re supposed to be.”

Several brands have taken note of Remi. She recently launched a collection with Revolve in sizes XXS–3X. Remi Bader was recently refused service at the Deep Hollow Ranch in Montauk. She is too heavy. They have a 240 pound weight limit to protect their animals.

Remi immediately went on Tik-Tok and flamed the ranch. One employee was fired and the ranch has been under constant attack.

Deep Hollow Ranch in Montauk is getting a whipping after turning away social media influencer Remi Bader for a trail ride. And if that weren’t rough enough, an employee at the ranch posted a TikTok video crassly calling curvaceous Bader “a fat bitch.”

Bader first posted a video to her popular TikTok account, which boasts 2 million followers, saying she was asked to leave because she weighs over 240 pounds, adding, “I’ve rode horses before and have never had this issue. Please advertise this on your signs for the future.”

In response, Broudy Keogh, who is seemingly the son of the ranch’s owner, posted his own since-deleted video, saying, “When you’re not a fat bitch, you can ride at Deep Hollow Ranch.”

A witness on the trip tells us that a female ranch hand was leading them through the ins and outs of the fillies when she stopped Bader “in front of the whole group and said, ‘You can’t ride.’”

The source tells us that Bader informed them she had ridden before, but they told her, “You weigh too much.”

When Bader responded that she had not heard of the restrictions before, the female rancher did not rein things in, allegedly spitting, “That’s not my problem.”

The ranch later apologized for the incident.