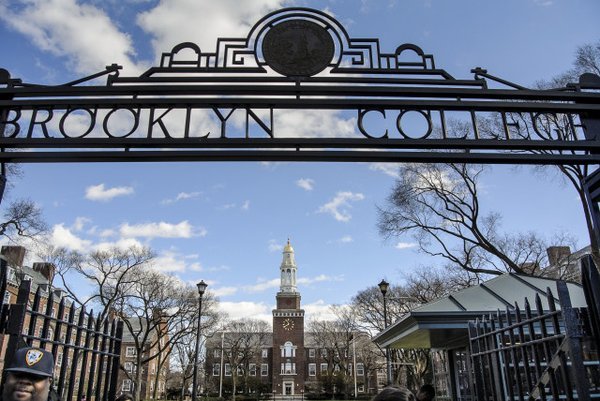 Concerns have already been raised about issues of anti-Semitism on Brooklyn College’s campus.

In a stunningly tone-deaf decision, the college scheduled  mandatory “implicit bias training” for those on search committees for the morning of Yom Kippur.

Yom Kippur (Day of Atonement) is the most solemn of Jewish religious holidays when Jewish people seek to expiate their sins and achieve reconciliation with God, a day many faithful do not work.

The training is mandated for those who serve on job search committees with one of the four Zoom sessions set for 11:30 a.m. Wednesday, the morning of Yom Kippur.

“This biases the process against observant Jews and secular Jews who typically attend services on this one day of the year.  Such Jews are afforded only three meeting opportunities, while all others are afforded four,” one Jewish professor said. “That sounds like implicit bias to me. Imagine, if that was done to a group that is viewed as a disadvantaged minority.”

In September, the watchdog group StopAntiSemitism released a damning report on the anti-semitism on college campuses.

“A grassroots watchdog organization dedicated to exposing groups and individuals that espouse incitement towards the Jewish people and State and engage in antisemitic behaviors. Founded in 2018, StopAntisemitism was born in response to increasing antisemitic violence and sentiment across the United States.”

StopAntisemitism has developed a strong following, reaching millions of actively engaged individuals through social media, mailers, and its website. By publicly exposing antisemites, StopAntisemitism has created an environment where those who propagate hatred against the Jewish people are met with real-world consequences including but not limited to job loss, school expulsions, awards revoked, etc.”

“StopAntisemitism exposes antisemites and creates consequences for their behavior regardless of that person’s affiliations. The group also produces reports on the state of antisemitism in the United States.”

Their full report, “Anti-semitism on US College Campuses, 2022 Report Card” can be found here.

In the report, incidents of anti-semitism at Brooklyn College were described:

SCHOOL: City University of New York (CUNY) Brooklyn College
Title VI Complaint: In February 2022, a complaint filed by Jewish students alleged they were victims of antisemitism on campus, claiming that the school showed no efforts to act on the matter. As a result of this filing, the Department of Educationʼs Office for Civil Rights (OCR) launched an investigation into the school for a potential Title VI violation, citing the studentsʼ complaints of pervasive antisemitism from both peers and faculty. The complaint alleged how some professors spouted antisemitic tropes and made spiteful comments towards Jews – relating to Jewish power and how Jews fall under the umbrella of “white privilege.”

In an incident where students were asked to rank their cultural identities, a Jewish student ranked their Jewish identity higher than their white background. The professor scolded the student, commenting that their Jewish identity made them part of a dominant culture that isnʼt oppressed. Additionally, a student stated her eagerness to strangle a Jewish student in a WhatsApp group chat, with other students supporting her. In an attempt by Jewish students to address the situation with college administrators to get involved and establish policies against this form of harassment, other students objected and designated Jews as racist oppressors.