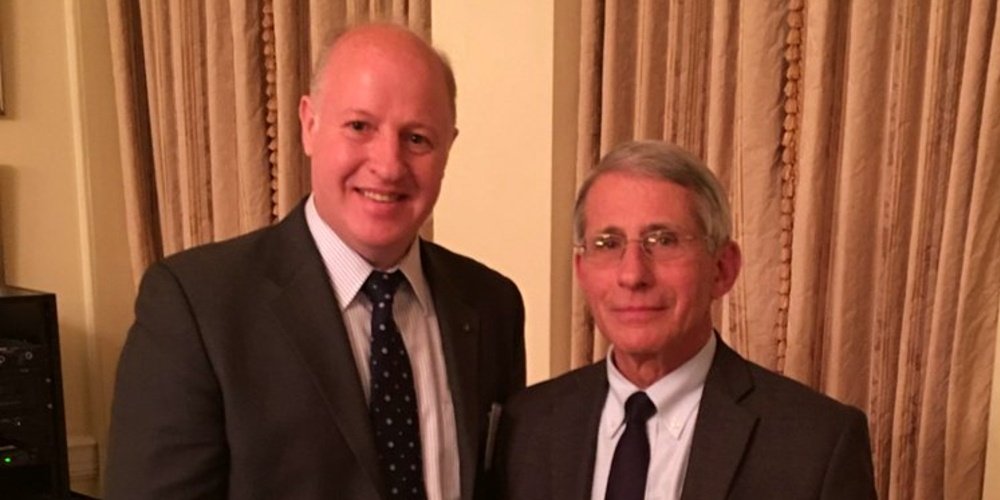 On March 28, 2016, Dr. Peter Daszak described exactly how scientists could create a virus in a China lab that would lead to a global coronavirus pandemic.

Dr. Daszak: We found other coronaviruses in bats a whole host of them. Some of them looked very similar to SARS so we sequenced the spike protein, the protein that attaches to cells. Then we, well I didn’t do this work my colleagues in China did the work, you create pseuda-particles. You create a spike proteins from those viruses simply bind to human cells. each step of this you move closer and closer to this virus could really become pathogenic to people.

Periodic reminder that on March 28, 2016, Daszak described exactly what led to the pandemic.

This could not be clearer and yet we’re still turning in circles because corrupt scientists and their media flunkies are still relentlessly pushing the natural origins hoax. pic.twitter.com/YR9686tjDq

Today there is documentation and email evidence of Dr. Peter Daszak admitting that he and Fauci were doing work in collaboration with the Chinese virologists at the Wuhan virology lab.

On February 1, 2020, when confronted with first evidence the Covid pandemic may have originated in the Wuhan Lab he funded via Daszak’s EcoHealth Alliance, Fauci organized a conference call, apparently to discuss how to suppress this dangerous information, since the trail led straight to them.

On Feb. 19, 2020, Daszak, Farrar and others published a letter in The Lancet, saying that “We stand together to strongly condemn conspiracy theories suggesting that COVID-19 does not have a natural origin.”

This letter was then used to suppress and censor the Chinese lab leak theory in Mainstream Media and on social media for over a year. There was, and remains, no evidence for the “scientists’” claims that COVID-19 was a naturally occurring virus.

There is also evidence that US doctors and institutions knew they were working with the Chinese military on COVID-related research.

Now this — Just when you thought the world could not get any crazier, Dr. Peter Daszak was just awarded a new grant to study bat viruses in Myanmar, Laos, and Vietnam.

Paid for by US taxpayers.

Dr. Peter Daszak and EcoHealth were awarded a new grant to study bat viruses in Myanmar, Laos, and Vietnam.

Via the NIH Report.

You really cannot make this up.

The post A Giant “Screw You” to Taxpayers: Dr. Peter Daszak Is Awarded New Government NIH Grant to Study Bat Coronavirus in Asia appeared first on The Gateway Pundit.