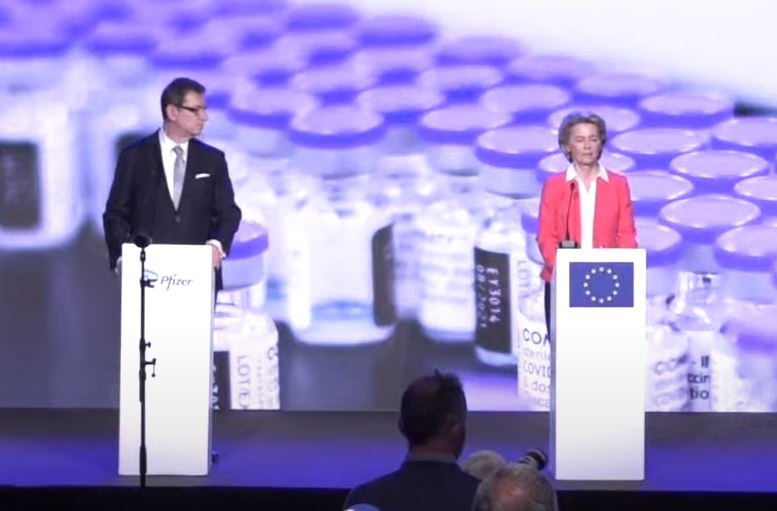 Pfizer CEO Albert Bourla will not testify before the European Parliament’s special committee on COVID-19 later this month. The committee was expected to grill Bourla over the company’s secretive vaccine deals he struck with European Commission President Ursula von der Leyen. The deal preceeded the distribution of the Pfizer vaccine to Europe.

Other Big Pharma companies have already testified with the committee.

NEW – Pfizer CEO Bourla has pulled out of an appointment to testify before the European Parliament’s special committee.https://t.co/87S5sYSsXh

Pfizer Chief Executive Albert Bourla has pulled out of an appointment to testify before the European Parliament’s special committee on COVID-19, at which he was expected to face tough questions on how secretive vaccine deals were struck.

The decision follows an audit report into the EU’s vaccine procurement strategy published earlier in the month that raised new questions about contact between Bourla and European Commission President Ursula von der Leyen that preceded a multibillion-euro vaccine contract.

The head of the U.S. pharmaceutical giant, the largest supplier of COVID-19 vaccines to the EU, was scheduled to appear before the panel on October 10. The committee is meeting with key officials involved in the EU’s vaccine procurement process to draw lessons on how to respond to future pandemics. Other pharmaceutical executives have addressed the committee, including the CEO of Moderna and senior officials from AstraZeneca and Sanofi.