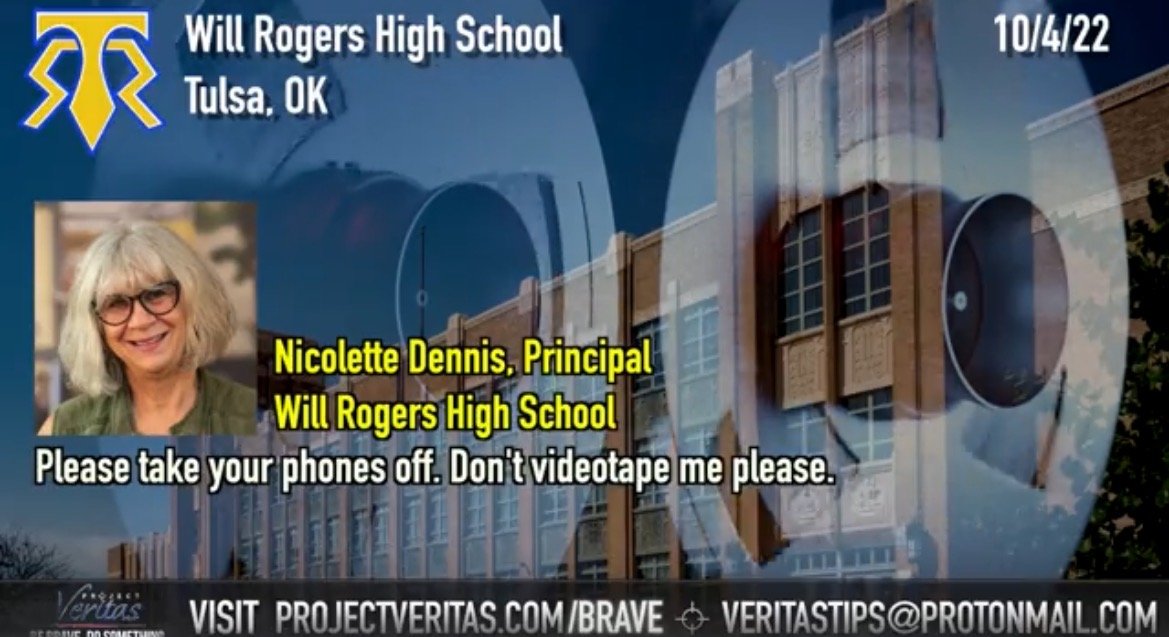 Tyler Wrynn, a Will Rogers Middle School English teacher told an undercover PV journalist, “I am an anarchist.”

“Trust me, I want to burn down the entire system,” he said. “There is no secret. Please take your phones off. Don’t videotape me, please. Don’t, like, put this on social media. Don’t make me feel like Project Veritas is with us…We just have to be careful right now. Everybody’s got their phones out,” she said.

“There is no secret curriculum at Rogers. There is nobody that’s got woke politics here…I do not believe for one minute that there is a radical agenda in anybody’s class in this school,” she said.

“This is not about us. This is not about our school. We have to stand behind each other even if we don’t agree. Even if we don’t agree with each other. Even if we, politically, are in different worlds. That’s ok…It’s just the world we live in right now. Part of it is – the adults have lost their minds. Because, you know what? You want to know why our kids are crazy? It’s because we’re all crazy!” Dennis said.