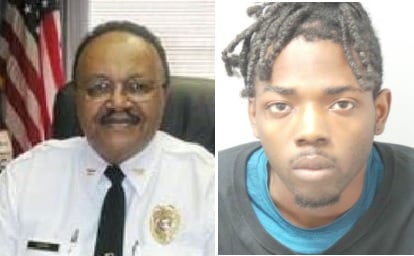 The killers then broke in the store and looted it as dozens of cars drove by on Martin Luther King, Jr. Drive.

David Dorn was 77-years-old when he was gunned down by looters.

He lay outside the store bleeding as his death was captured on Facebook Live.

Cannon once received a 7-year sentence but didn’t serve a day in prison.

Ann Dorn became a public figure when she discussed her husband’s murder during the 2020 RNC.

Her husband was helping a friend of the night of Black Lives Matter protests and was murdered in the process.