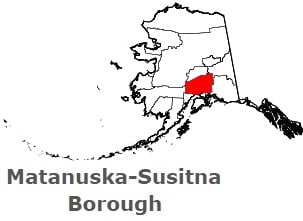 Good news!
In a first for Alaska, the Matanuska-Susitna Borough Assembly banned voting machines for all future elections. The new law will take effect next year.

In what is apparently a first for Alaska, the Matanuska-Susitna Borough Assembly passed an ordinance this week that will prohibit the use of voting tabulation machines for borough elections, starting next year.

The new Mat-Su ordinance, approved Tuesday night, caps off a months-long effort from a group of residents determined to ban the use of voting machines spurred on by false claims of election fraud. Last month, the Assembly unanimously voted to use a hand-count to verify the results of the Nov. 8 borough election, but voting machines will still be used.

Borough officials determined that it would be a “great risk” to stop using machines and mandate hand-counting for this year’s borough election because there would be inadequate time “to properly prepare for a change of this magnitude,” according to a memo filed with the legislation. Instead, those changes are set to be in place for next November’s municipal election.

The new ordinance will require hand counting of ballots on election night at each of the borough’s 41 precincts, with election workers calling results in, instead of counting taking place at the borough office in Palmer. Some assembly members raised concerns that transporting ballots before they are counted could increase the risk of vote tampering and fraud.