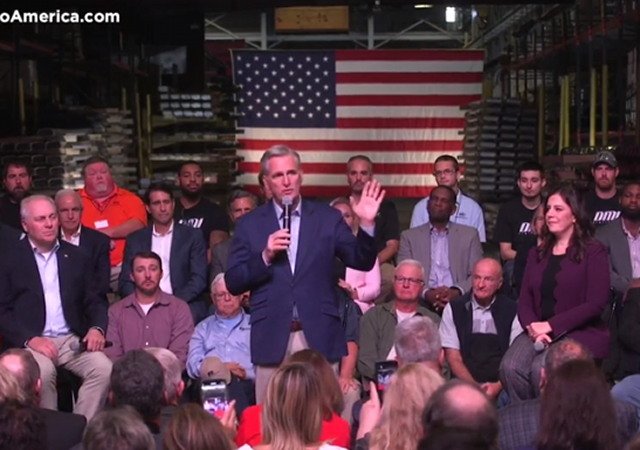 Republicans now have a generic ballot lead of four points, according to new polling from Rasmussen.

Over the summer, the media tried to create a narrative about Democrats making a comeback just before the midterms, but that was just smoke and mirrors. Now that the midterms are immenent, the polling advantage has returned to the GOP.

Republicans will likely retake the House of Representatives, and their chances of retaking the Senate look better each week.

Thirty-two days before the midterm election, the lead for a Republican candidate expanded to four points against a Democrat on the generic congressional ballot, according to Rasmussen Reports’ weekly poll released Friday.

Friday’s poll showed the Republicans had gained some momentum back after only leading by one point on the generic congressional ballot last week.

No amount of media spin is going to be able to help the Democrats.

Sponsored by @mirandadevine Laptop From Hell

There will be a red wave.

The only question is how big it will be in the end.