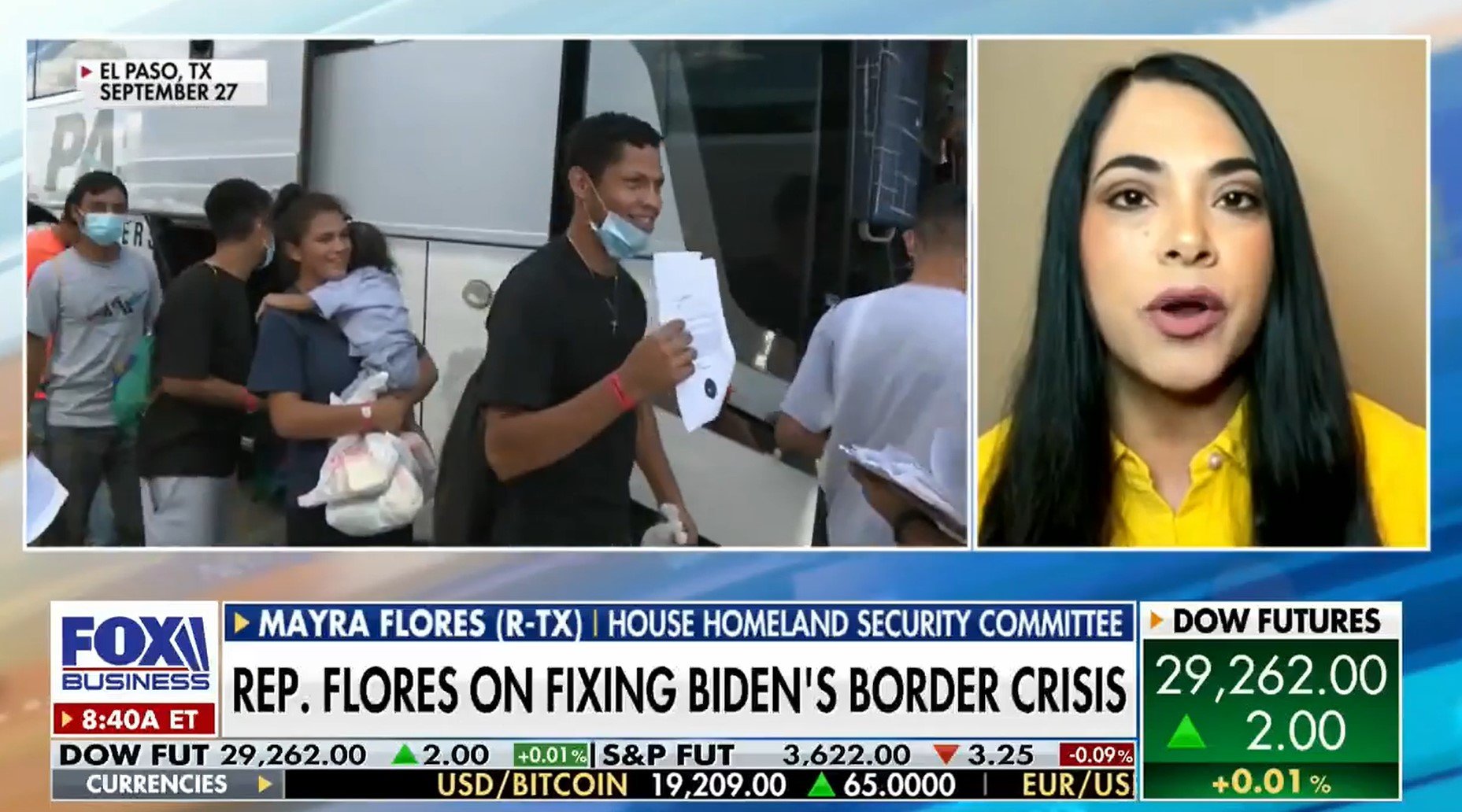 Freshman Representative Mayra Flores, (R-Texas), says her state is at ‘max capacity’ in handling the humanitarian crisis along the open US southern border.

Flores joined Maria Bartiromo this morning on Mornings with Maria.

During their conversation, Maria played a segment of Border Czar Kamala Harris telling late-night host Seth Meyers that it’s a “dereliction of duty” that Republicans will not fix Biden’s open border disaster. Kamala told Meyers, “I think it’s an absolute dereliction of duty. If you see a problem and if we agree that we need to address it, then if you’re a leader, participate in a solution… We are offering solutions.” Harris says this after NOT ONCE visiting the open border since she was appointed border czar.

Mayra Flores was having none of Kamala’s BS.

Mayra Flores, “To be honest with you I’m sick and tired of her as she’s completely useless. She’s never cared to come here to South Texas to come and see what her policies and Biden’s policies are doing to us in South Texas.”

Via Morning with Marias.

Watch the latest video at foxbusiness.com