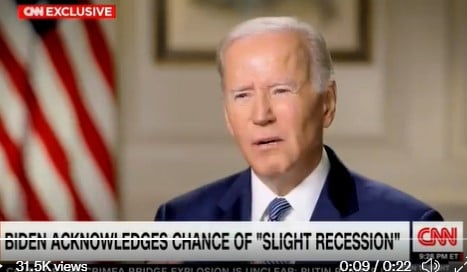 Joe Biden sat down for a pre-recorded interview with CNN hack reporter Jake Tapper on Tuesday.

Not even Jake the Snake could save Old Joe from his wandering mind.

At one point Joe Biden started talking about green energy and climate change. Energy prices has soared under Joe Biden and Democrats. They believe it is a good thing to punish the working class.

Of course, Jake Tapper did not follow up on anything no matter how stupid or dishonest it was.

Biden: We’ve passed “a billion a trillion 750 million dollars billion dollars off the sidelines of investment” for climate change. pic.twitter.com/edrgOCAiYV