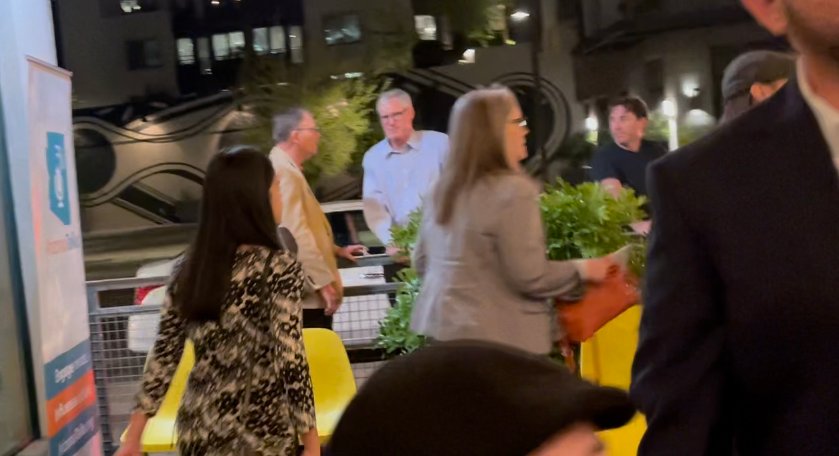 Trump-Endorsed Arizona Gubernatorial Nominee Kari Lake is set to hold a huge press conference outside of the Arizona PBS Studio in response to their defiance and betrayal of Kari Lake, the Clean Elections Commission, and Arizona voters.

The Gateway Pundit reported earlier that Arizona PBS is running cover for the Democrats in defiance of the Clean Elections Commission by allowing Democrat Katie Hobbs’ debate dodge and offering Hobbs a 30-minute interview in place of the scheduled debate.

We previously reported that the Arizona Clean Elections Commission rejected Democrat Katie Hobbs’ proposal to change the gubernatorial debate into a forum with separate interviews for Katie Hobbs and Trump-Endorsed Kari Lake.

This sets a horrible precedent for future debates, allowing candidates to have air time regardless of whether or not they choose to participate in an honest debate.

The Clean Elections Commission has released a statement on the matter, indicating that they will ditch PBS and postpone tonight’s Q&A forum until they can decide on a new partner, date, and venue for the debate.

Arizona’s mass-early mail-in ballots were sent to voters today, and the voters will likely not get to see a side-by-side comparison of the candidates for Governor.

Katie Hobbs is a radical leftist, and she has every single mainstream media outlet running cover for her.

The Gateway Pundit has reported extensively on Katie Hobbs’ proven record of racism and her two unanimous jury convictions for racial discrimination while serving as an Arizona State Legislator.

More recently, The Gateway Pundit reported on new photos showing that Katie Hobbs participated in and led her high school’s ‘slave day’ tradition, where students were led around by collar and chain to be sold off at auctions just like the Democratic slave trade of the 1800s.

Yet, the race-baiting leftwing mainstream media refuses to ask Hobbs about these issues, and she still has not explained her actions.

We recently reported on an undercover sting operation by Project Veritas Action, which gave more insight into why Katie Hobbs is too scared to debate Kari Lake and exposed the radical leftist’s plan to confiscate Arizona gun rights.

Katie Hobbs later ran from the PV Action reporters like a rabid squirrel.

Kari Lake is set to respond to leftist PBS’s decision at a press conference outside of their studio at 4 pm MST.

The Gateway Pundit correspondent Jordan Conradson will be there to ask Kari additional questions on this disgusting move by PBS.