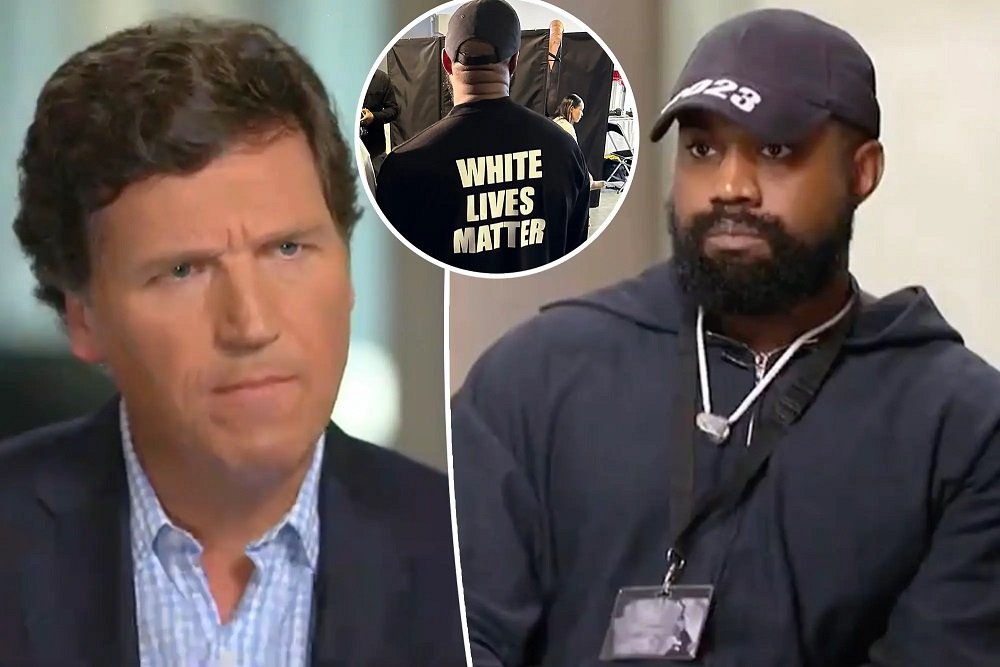 Kanye or “Ye” then went on for an hour-long video interview with Tucker Carlson where he talked about Christ, racism, his career, his goals, etc.

On Sunday Kanye West tweeted out that he wanted to go “death con 3” on Jews. This got him banned from Twitter.

“I’m a bit sleepy tonight but when I wake up I’m going death con 3 On JEWISH PEOPLE The funny thing is I actually can’t be Anti Semitic because black people are actually Jew also You guys have toyed with me and tried to black ball anyone whoever opposes your agenda.”

They told him they were closing his accounts.
They don’t want him. Candace Owens wrote: “Earlier today I learned that @kanyewest was officially kicked out of JP Morgan Chase bank. I was told there was no official reason given, but they sent this letter as well to confirm that he has until late November to find another place for the Yeezy empire to bank.”

As long as Americans stay silent this will continue.