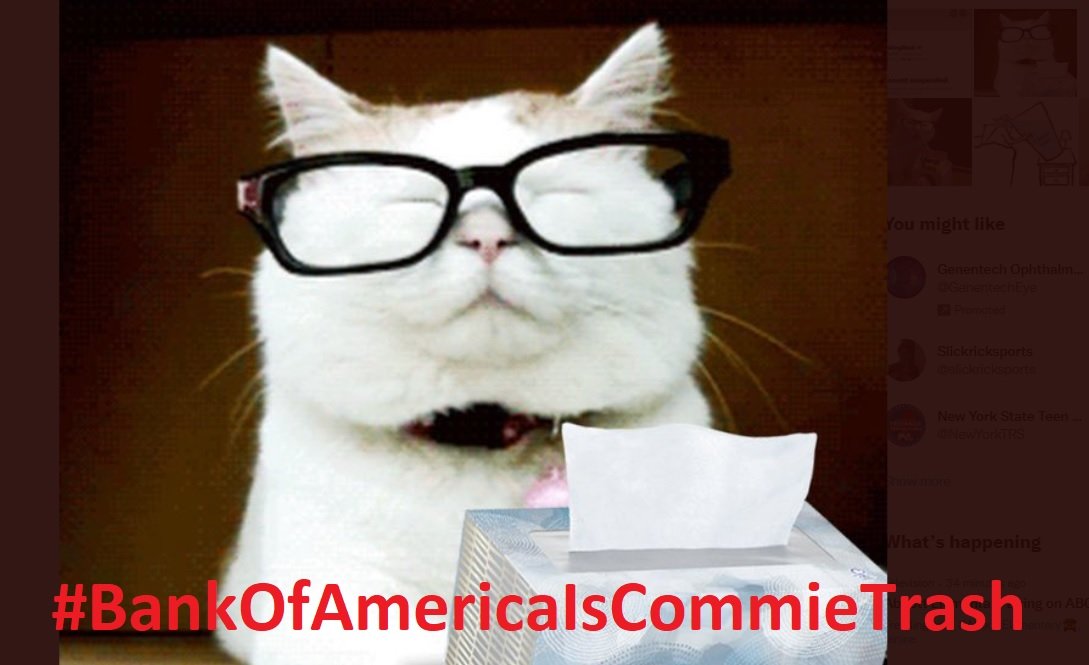 Earlier today JPMorgan Chase Bank kicked out outspoken singer-rapper Kanye “Ye” West and told him they were going to shut down his bank accounts.
They were upset with Kanye’s social media posts and his T-shirt choice at a Paris fashion show. That was this afternoon.

Our friend Catturd did not go quietly.

Bank of America’s 3rd largest stakeholder is BlackRock which is beholden to the CCP in case you didn’t know.