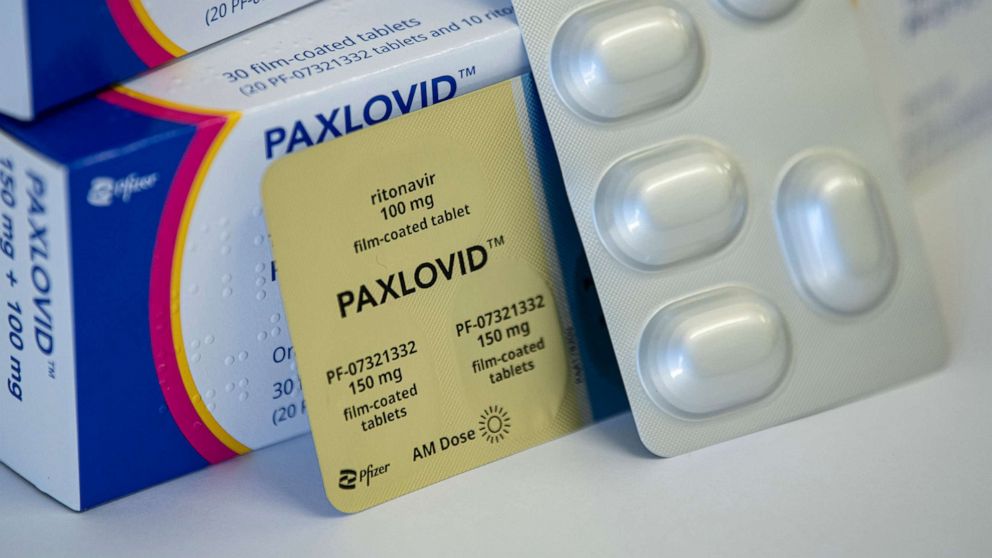 A new study warned that Pfizer’s Paxlovid COVID-19 pill can have harmful interactions with common medications used to treat cardiovascular disease, as what the Gateway Pundit reported in 2021.

Pfizer’s Paxlovid, which contains the drugs nirmatrelvir and ritonavir (NMVr), can interact with several other drugs routinely used to treat cardiovascular disease, according to a study published in the Journal of the American College of Cardiology on Wednesday.

Most of the concerns about drug interactions come from ritonavir, experts said.

“Co-administration of NMVr with medications commonly used to manage cardiovascular conditions can potentially cause significant drug-drug interactions and may lead to severe adverse effects,” according to the reviewed paper.

Paxlovid can cause serious health problems when coupled with common heart disease medication such as statins and blood thinners.

Researchers from Lahey Hospital and Medical Center, Harvard Medical School and other US institutions  found the Covid drug can increase the risk of developing blood clots when taken with blood thinners.

It can also cause an irregular heartbeat when combined with drugs for heart pain and when taken alongside statins it can be toxic to the liver.

Dozens of medications such as aspirin are safe to take with Paxlovid,  the researchers stress. But doctors need to be aware that other drugs can be dangerous and should be discontinued or adjusted while a patient is being treated for Covid.

Dr. Houman Hemmati, Chief Medical Officer of Vyluma, Inc, shared his insights on the study and claimed that people who took Paxlovid are part of the clinical trials.

“The problem is that Paxlovid didn’t have these lengthy phase one, two, and three trials. It was rushed to market under an emergency use authorization, never an approval. And as a result, they’ve skipped a lot of these studies. And so what we’re learning about that drug and its safety is largely based on post-marketing data. What does that mean? It’s people who are actually getting it in the real life, in real-world usage, and then we find out through them,” Hemmati said.

New Study Shows Paxlovid Could Cause Deadly Blood Clots
“Paxlovid didn’t have these lengthy Phase 1, 2, and 3 trials. It was rushed to market under an EUA, never an approval. And as a result they’ve skipped a lot of these studies.” -Dr. Houman Hemmati pic.twitter.com/FMbdaYCs1Q

It can be recalled that Dr. Jill tested positive for Covid AGAIN  in a ‘rebound’ case after taking Paxlovid earlier in August.

When President Joe Biden, 79, tested positive for Covid and started Paxlovid in July, Joe Biden’s doctor said he had stopped heart medications for Biden’s atrial fibrillation and high cholesterol due to his prescribing Paxlovid to treat Biden’s COVID infection. Atrial fibrillation can cause strokes and is treated by blood thinners to reduce the risk of stroke-causing blood clots being formed.

“His apixaban (ELIQUIS) and rosuvastatin (Crestor) are being held during PAXLOVID treatment and for several days after his last dose. During this time, it is reasonable to add low dose aspirin as an alternative type of blood thinner,” said Biden’s personal physician Dr. Kevin O’Connor.

The U.S. Food and Drug Administration issued an emergency use authorization for Pfizer’s antiviral pill for the treatment of mild-to-moderate COVID-19 infection on December 2021.

The Gateway Pundit reported that the COVID pill could cause life-threatening reactions when used with many common medications in 2021.

Pfizer’s antiviral oral drug Paxlovid that was developed as an early treatment for Covid-19 can cause severe or life-threatening effects if it is taken in tandem with other common medications including some anticoagulants, anti-depressants, and cholesterol-lowering drugs that are used widely across the US, according to a warning from the Food and Drug Administration (FDA).

There are six pages of warnings about this drug. FDA already know about the adverse event, and yet they still push it on people with COVID-19.

As the Gateway Pundit previously reported, more and more reports of patients taking Pfizer’s antiviral pill experienced a second round of Covid-19 shortly after recovering. Experts are still investigating the causes and they are baffled.

Scientific documentation about post-Paxlovid relapse has been available since last fall. Pfizer’s application to the FDA for emergency use authorization of Paxlovid stated that in the placebo-controlled clinical trial — which included 2,246 participants — “several subjects appeared to have a rebound in SARS-CoV-2 RNA levels around Day 10 or Day 14” after beginning treatment, NBC reported.

Following this report, Pfizer released a statement admitting that it failed to reduce the risk of confirmed and symptomatic COVID-19 infection in adults living with someone who had been exposed to the virus.

“We designed the clinical development program for PAXLOVID to be comprehensive and ambitious with the aim of being able to help combat COVID-19 in a very broad population of patients,” said Albert Bourla, Chairman and Chief Executive Officer, Pfizer.

“While we are disappointed in the outcome of this particular study, these results do not impact the strong efficacy and safety data we’ve observed in our earlier trial for the treatment of COVID-19 patients at high risk of developing severe illness, and we are pleased to see the growing global use of PAXLOVID in that population,” Bourla added.