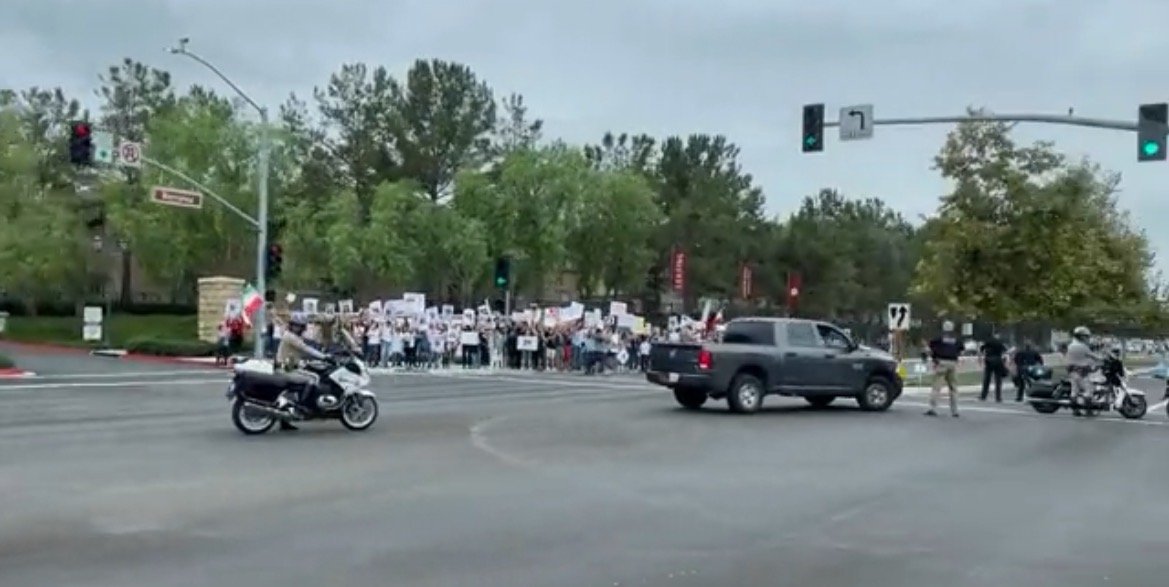 Orange County is a conservative enclave in Southern California so Biden didn’t get a warm welcome.

A mix of Trump supporters and people supporting the protests in Iran are gathered outside Irvine Valley College where President Biden is slated to speak later this afternoon. pic.twitter.com/ThcgKOEOP5

IRVINE CA
Biden is being welcomed

The post Hundreds of Protesters Line the Streets to Greet Joe Biden in Orange County, California (VIDEO) appeared first on The Gateway Pundit.