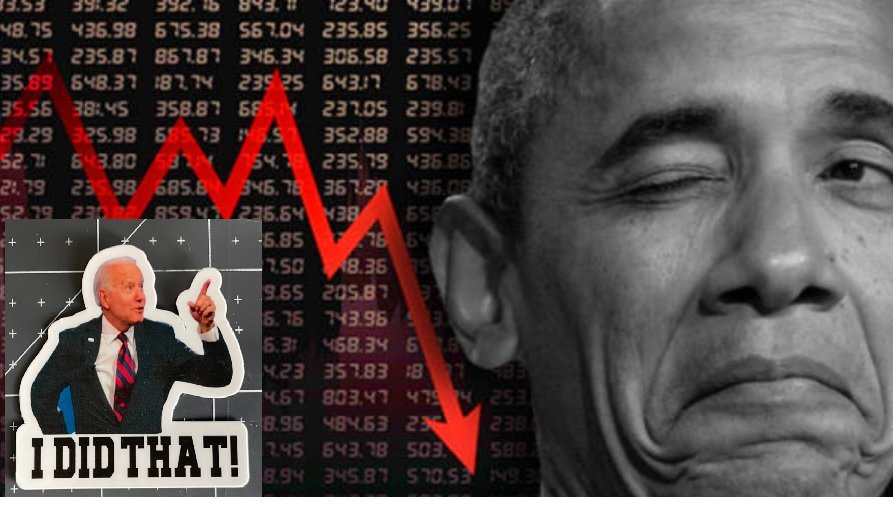 Retail spending is down again when accounting for inflation in the Biden economy.

In June it was reported that retail spending was down as the US fell into a recession.  (Something the experts still won’t say.)

BIDEN ECONOMY: Retail and Auto Sales Are Down, Layoffs Announced, A Recession is in the Works

Things aren’t getting any better as retail spending fell in September when accounting for inflation.

Despite the fact that consumers spent roughly the same as they did in August, $684 billion, according to the U.S. Census Bureau, these results are not adjusted for inflation, which rose 0.4% on a monthly basis in September, indicating that consumers were getting less value from their spending, according to CNBC. For example, spending at bars and restaurants grew by 0.5% in September, but prices at the same establishments increased by 0.9%, the WSJ reported.

“The Census Bureau adjusts these reports for seasonality but not price changes,” Heritage Foundation economist E.J. Antoni told the Daily Caller News Foundation. Antoni noted that one can roughly estimate the real spending would be to simply subtract monthly inflation from the reported number, although month-to-month inflation does consider factors such as housing, which are not considered in retail sales.

Retail & food services seasonally adjusted sales were $684.0b in September 2022, virtually unchanged from August 2022, but up 8.2% from September 2021. https://t.co/omdyUAbyVN #CensusEconData #RetailSales pic.twitter.com/oK5K7D2PD1

Americans across the country are getting pummelled by Biden’s policies.  The price of food seems to be increasing by the day.  Americans are purchasing the same amount of goods in dollars and seeing fewer goods in their grocery baskets.

Americans are also seeing it at the gas pump.  Gas is currently about twice as much as it was when President Trump was in office.

Americans want freedom, not these economic killing policies that the Biden gang has put in place.