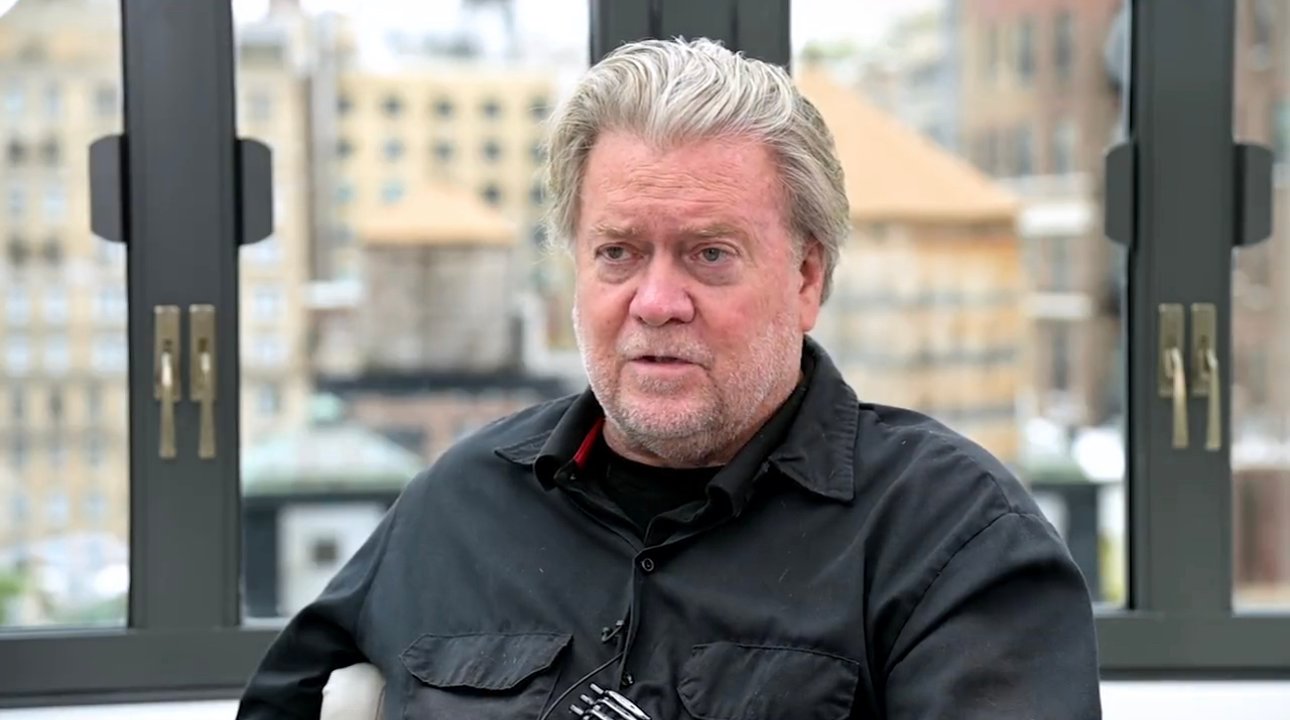 The Department of Justice is recommending that former Trump advisor and War Room host Steve Bannon be sentenced to six months in prison and a $200,000 fine for defying the January 6 Committee.

Bannon was convicted of contempt of Congress in July for refusing to comply with a subpoena from the committee.

In the recommendation, the DOJ claimed that Bannon “has pursued a bad-faith strategy of defiance and contempt.”

The DOJ also stated that Bannon “flouted the Committee’s authority and ignored the subpoena’s demands.”

The recommendation continued, “to this day the Defendant has not produced a single document to the Committee or appeared for testimony. For his sustained, bad-faith contempt of Congress, the Defendant should be sentenced to six months’ imprisonment—the top end of the Sentencing Guidelines’ range—and fined $200,000—based on his insistence on paying the maximum fine rather than cooperate with the Probation Office’s routine pre-sentencing financial investigation.”

Part of the committee’s reason for subpoenaing Bannon was that he had predicted on his podcast that “All Hell is going to break loose tomorrow” — something almost everyone was saying at the time.

Anti-Trump neocon Liz Cheney and Democrat Rep. Bennie G. Thompson, chairs of the committee, had celebrated Bannon’s conviction in a joint statement after he was found guilty.

“The conviction of Steve Bannon is a victory for the rule of law and an important affirmation of the Select Committee’s work,” Thompson and Cheney said in a joint statement at the time. “Just as there must be accountability for all those responsible for the events of January 6th, anyone who obstructs our investigation into these matters should face consequences.”

Bannon is scheduled to be sentenced on October 21, 2022—one year to the day after he was held in contempt by the House.

You can read the full recommendation by the DOJ here.

The post BREAKING: DOJ Recommending Steve Bannon Be Sentenced to Six Months in Prison appeared first on The Gateway Pundit.