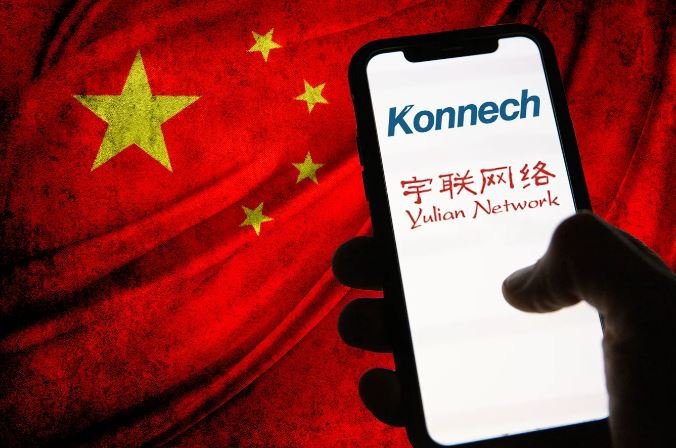 Now, with continued investigatory work from citizen journalists like Kanekoa and Nick Moseder, this story is unraveling into potentially one of the biggest infiltration stories of our elections to date.  It seems Konnech, Inc is much bigger than a “tiny election company” based in Michigan.

In fact, Kanekoa has discovered compelling evidence that Eugene Yu was and may still be involved in Hongzheng Technology Co, LTD, one of, if not the largest election company in China.

In the above referenced since debunked NYT’s article by self proclaimed “fact check phenomenon” Stuart Thompson, he did get at least one thing right:  The New York Times identified a subsidiary company in China founded by Konnech in 2005.

Konnech once owned Jinhua Yulian Network Technology, a subsidiary out of China, where programmers developed and tested software. But the company said its employees there had always used “generic ‘dummy’ data created specifically for testing purposes.” Konnech closed the subsidiary in 2021 and no longer has employees in China.

And from Kanekoa’s substack regarding the former Konnech subsidiary:

On a 2013 archived version of that company’s website, [Eugene] Yu [US based Konnech CEO] praised the vision of “Comrade Jiang Zemin” and the Chinese Communist Party before bragging in Chinese about his success with “Election Management Solutions Detroit” and “U.S. Overseas Voters.” Konnech’s Chinese subsidiary was founded in November 2005 and its only other known employee is a supervisor named Lin Yu.

On April 18, 2012, Konnech Inc filed for a US Patent with the inventors listed as Eugene Yu, Jun Yu, and Guojun Shao.  On February 4, 2015, Chen Wei and Guojun Shao filed a patent in China on behalf of Jinhua Konnech Inc.  The listed current assignee of that patent is Jinhua Hongzheng Technology Co, LTD (it was transferred from Jinhua Konnech on Oct 7, 2015). From the archived Weibo page titled:

Jinhuahong (Jinhuan Hongzheng Tech Co, LTD) is pursuing the corporate culture of “care, pragmatism and innovation”.  Its predecessor, “Konnech., Ltd.”, founded in November 2005, is a software company engaged in software offshoring services for more than ten years, and has been a Microsoft partner (Silver Partner) for 10 years and an enterprise software developer (iOS Enterprise Developer) for 6 years at Apple.  It has many software copyrights and product invention patents. Overseas customers served include more than 20 government customers in North America, including Washington, D.C., and Edmonton, Canada. And their influence over Uniformed Overseas Voter Election Management System:

Keep in mind: the above is a Chinese company on a Chinese website for Hongzheng Technology Co LTD. So the last question that needs to be addressed is “how does Eugene Yu’s Konnech and Jinhua Yulian Network Technology Co tie into the current affiliation with a Chinese election firm, Hongzheng Tech Co LTD?

Well, on July 31, 2015 at 11:05:36, the domain hongzhengtech.cn, the website for Hongzheng Tech Co LTD, registered their domain with the Registration Contact Email as “Admin@konnech.com” Lastly, the tie that connects Yulian Network Co with Hongzheng Tech Co is Lin Yu.  Lin Yu, whomever she may be, is listed as supervisor for Yulian and also as the legal representative and majority shareholder (99.4%) of Hongzheng Tech Co.

Hat Tip to Kanekoa for his incredible and relentless research on this topic!  Be sure to follow him for more developments in this story!

The post BREAKING EXCLUSIVE: New Evidence Suggests Konnech’s Eugene Yu was at the Very Least Affiliated with China’s Largest Election Firm with Direct Ties to US Cities appeared first on The Gateway Pundit.