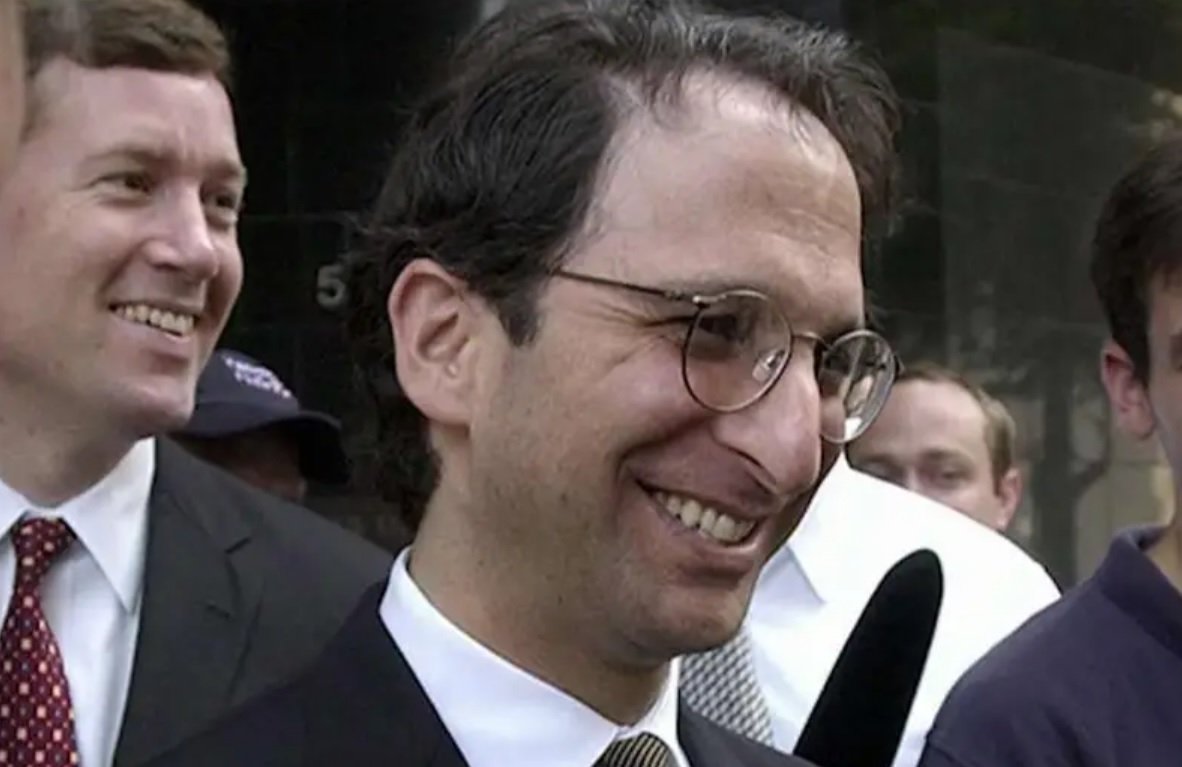 Andrew Weissmann has been intimately involved in some of the biggest corruption scandals in US history. Weissmann was involved in FBI activities with the mob in New York in the 1990s.  He was a key member of the Enron Task Force and then the Mueller Special Counsel.

The hallmark of the Department of Justice for decades has been to seek justice not convictions and if that meant letting a guilty person go free to make sure the government did it all right, then that was supposed to happen.

But Mr. Weissman, he couldn’t spell the word ‘ethics’ despite the fact somebody actually had him teach a course in it one time, I think over in England.  His mantra is ‘the end justifies the means’… he targets people, individuals. And you’re right, I had no doubt from the moment he was picked for the Mueller Special Counsel operation, that he would have filed RICO charges against President Trump and seized every asset he ever had, if there had been any way he could do that.

He’s just filled with hatred for apparently most Americans and certainly anybody affiliated with President Trump.  And he’s willing to do anything to destroy them.

I have said, from my personal experience at least with this case, I consider Andrew Weissmann to be the most ethically bankrupt prosecutor I have ever encountered, and that’s a pretty broad spectrum of prosecutors over the course of my career…

Another indication of Weissmann’s lack of ethics goes back to the Mueller Special Counsel.  After text messages between corrupt cops Peter Strzok and Lisa Page were uncovered showing extreme bias in the Trump – Russia probe, the entire team’s phones were requested by the Department of Justices Inspector General (DOJ IG).

The documents were uncovered thanks to a Judicial Watch FOIA lawsuit.

The records showed virtually all of Mueller’s lawyers used the same tactic: Put their phones in airplane mode, lock them and then nuke the phones by repeatedly entering the wrong password.

The wrong password must be entered 10 times in a row in order to nuke the phone.

“Employee tried to incorrectly enter password too many times, and the phone was wiped of all data” – one entry shows in the OIG records.

“During out processing conversation… [redacted] indicated she had to wipe her phone because she forgot the password. Her phone had to be wiped to be reset because the passcode provided was inaccurate and the phone was left in airplane mode.” – another entry stated.

This is shocking. In private practice, if you had a dozen clients who did this at the same time in response to an internal investigation, you would be preparing for sanctions and hiding under your desk. But these arrogant people think they are above the law. So far, they are. https://t.co/NgfbQue1dS

Andrew Weissmann is one of the most corrupt individuals to work in the DOJ.  He doesn’t seem to care who he hurts, it’s all about the end game.

None of Weissmann’s corrupt and dishonest actions over the years prevented Weissmann from moving up the ranks in the DOJ, they helped him.

Weissmann and Robert Mueller and others in the Enron Task force destroyed over 80,000 Arthur Andersen professionals’ careers in the early 2000s.

Weissmann’s actions led to four Merrill Lynch professionals facing time in prison, one in solitary, all were later found innocent in the mid-2000s.

Weissmann’s corrupt actions are the standard for the DOJ today.

Weissmann is still trying to get President Trump.

EXCLUSIVE – ANDREW WEISSMANN PART II: 80,000 Innocent Professionals Lost Their Jobs Due to a Weissmann Indictment that Was Ultimately Overturned by Supreme Court

EXCLUSIVE – ANDREW WEISSMANN PART III: For 30 Years a Condemned Man Sits in Prison Because of Weissman’s Actions in the Most Corrupt Prosecution in DOJ History

EXCLUSIVE – ANDREW WEISSMANN PART IV: “I Consider Andrew Weissmann to be the Most Ethically Bankrupt Prosecutor I Have Ever Encountered” – Attorney David Schoen (VIDEO)