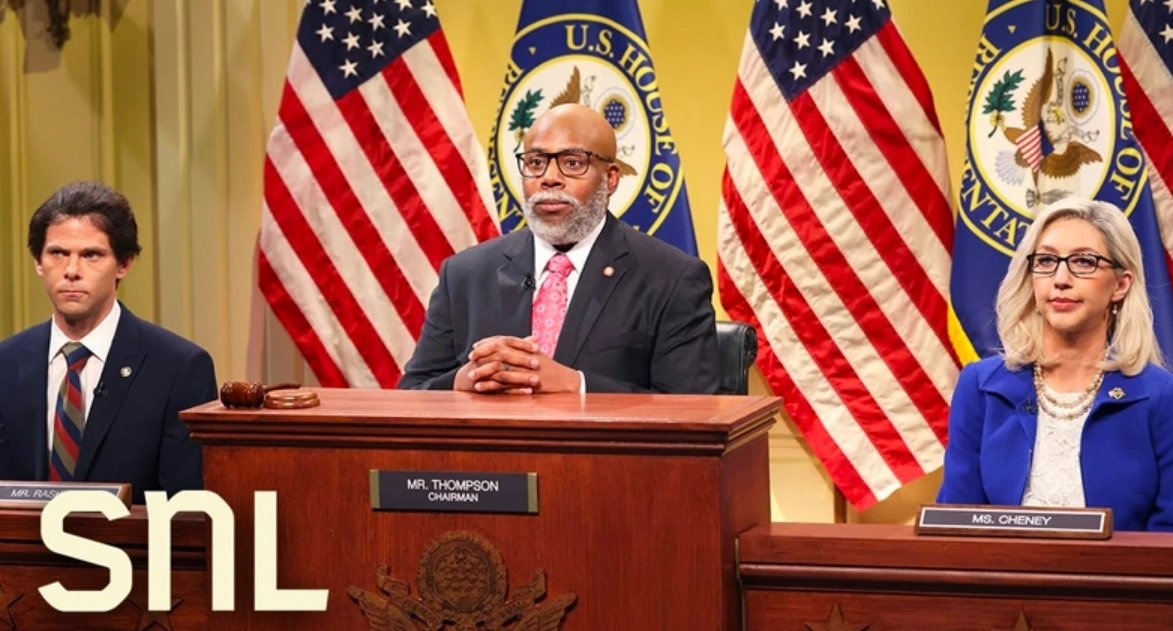 The Jan 6 Committee is a joke.  Saturday Night Live can’t buy one.

No one is watching or buying the storyline behind the Jan 6 committee.  Now even the never watched Saturday Night Live is making fun of it.

Infowars reported today on SNL’s skit last night.   It wasn’t funny but neither is the SNL committee.

“Over the past few months, this bipartisan committee has presented our case,” said Heidi Gardner, who was playing Cheney.

“Whether you’re a Republican who’s not watching or a Democrat whose nodding so hard your head is falling off, one person is responsible for this insurrection: Donald Trump,” she continued. “And one person will suffer the consequences: me.”

Her bit came after being introduced by the committee’s chair, Rep. Bennie Thompson (D-Miss.), played by Kenan Thompson.

The Jan 6 committee hasn’t had one discussion on the stolen 2020 Presidential election.  They aren’t concerned about Americans being held in jail for two years now and being abused in solitary confinement and beaten with all their rights taken away for protesting the stolen election.

This committee is a joke.  Even Saturday night knows it.