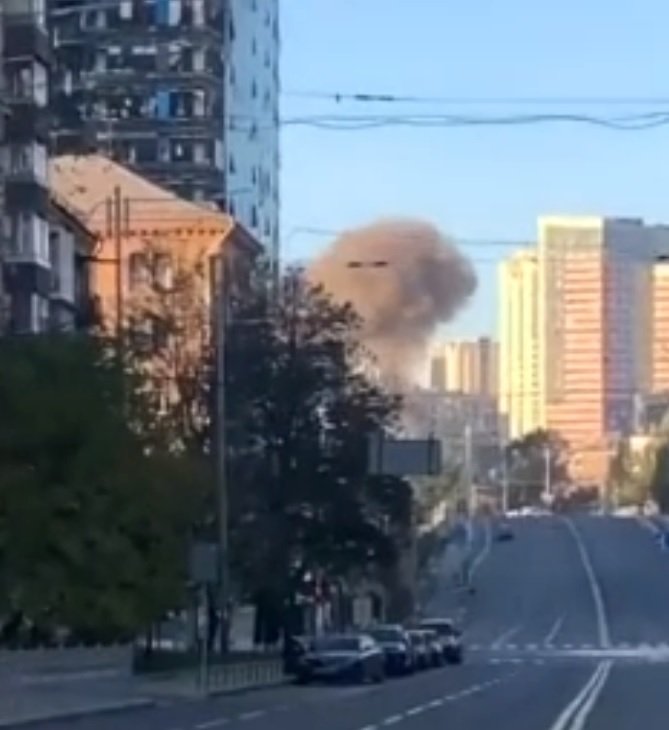 Russia is sending kamikaze drones into Kyiv and the police and military are trying to shoot them down before they hit their targets.

The situation in Kyiv is not good.  But the people there appear to move forward with what they were doing after the bombing stops as if nothing had happened.

As drones reach the city of Kyiv the police and military try and shoot them down.  In the below video, the Ukrainians try and shoot down the drone with a rocket.

In the video below the Ukrainian police try and shoot the incoming drone out of the sky.

The Ukrainian army is attempting to shoot down Russian drones at night as well as during the day.

The situation in Ukraine is not good and it hasn’t been good for some time. This is very sad to see.

The post Ukrainians in Kyiv Try to Stop Russian Kamikaze Drones Before They Hit Their Targets (VIDEO) appeared first on The Gateway Pundit.