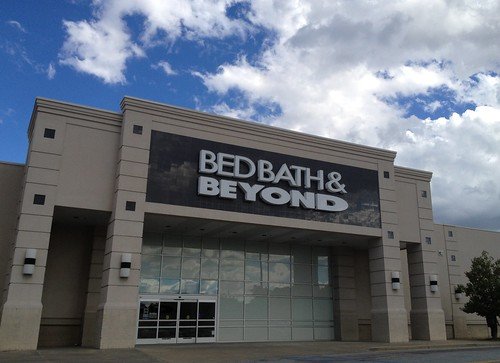 In January 2021, Bed, Bath & Beyond sided with the liberal mob and dropped MyPillow products from their stores.

Bed Bath & Beyond has now officially DROPPED MyPillow! Thank you to everyone who stepped up and help amplify our message and thank you to @BedBathBeyond for siding with democracy. https://t.co/otp3dH7r7c

In response, many conservatives boycotted Bed, Bath & Beyond — and bought their bedding from MyPillow.com using promo code TGP directly instead (Gateway Pundit benefits when you use that code).

Retailer Bed Bath & Beyond Inc. (NASDAQ: BBBY) has been staggered by poor management, poor inventory control, lack of store upgrades and overwhelming competition. It has been one of America’s most troubled retailers for the past two years. CNN Business analysts believe the difficulties are so severe that Bed Bath & Beyond belongs on a list of store chains that could go bankrupt.

The conclusion was based on credit agency reports and the chance the economy could continue its downturn.

One group that CNN Business consulted for its conclusions about dying retailers was an analyst team at Morgan Stanley.

Canceling MyPillow was a big mistake!

To support MyPillow in this fight, get what you can at this discounts page — use promo code TGP. To support MyPillow and see all the current deals, click here — and use promo code TGP.

Help us win this fight!

The post Analysts Say Bed, Bath & Beyond Could Go Bankrupt – Remember When They Sided With Leftists By Canceling MyPillow? appeared first on The Gateway Pundit.