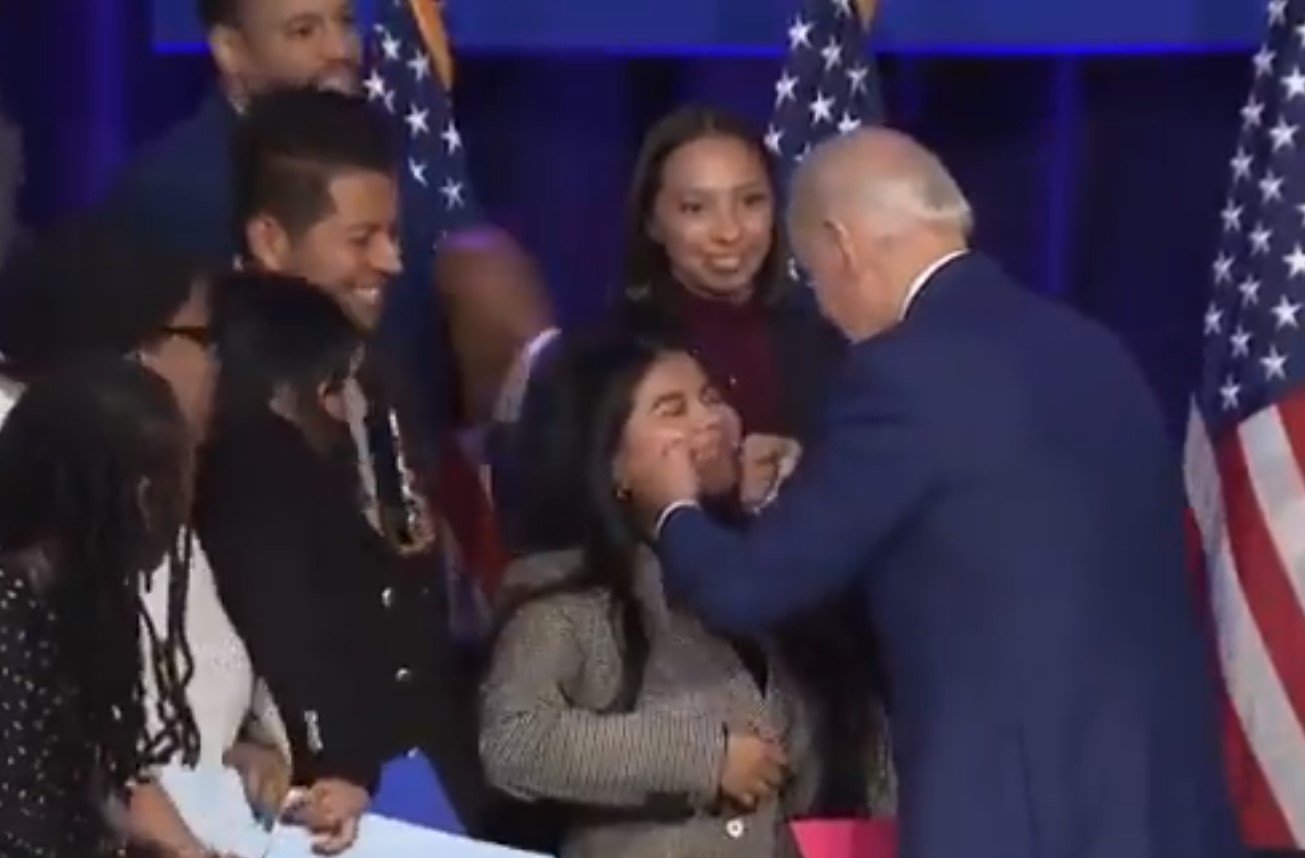 He can’t help it.
Creepy groper Joe Biden locked onto a little girl at his campaign stop today.

He shook her hand – holding onto it longer than expected. Then gave her little cheeks a squeeze with his fists.

The demonic media will once again ignore this creep like they have the one thousand times before this. In the private sector, they get rid of fondler and sexual deviants like Joe Biden. He wouldn’t last a week.

But he has made a career of fondling and groping little women, little girls and little boys.

What is Biden doing? pic.twitter.com/auZLxpnoe1

Dude has some kind of sixth sense that lets him lock on to any underage girl in the room. Like a lion finding an injured buffalo on the prairie. https://t.co/A8BIQLYOJc

When Joe wasn’t groping the kids he was speaking gibberish.

Joe Biden: “The right that I pushed hard and I finally got changed to marry couples in the privacy of their bedroom.” pic.twitter.com/rQUxvzLglg