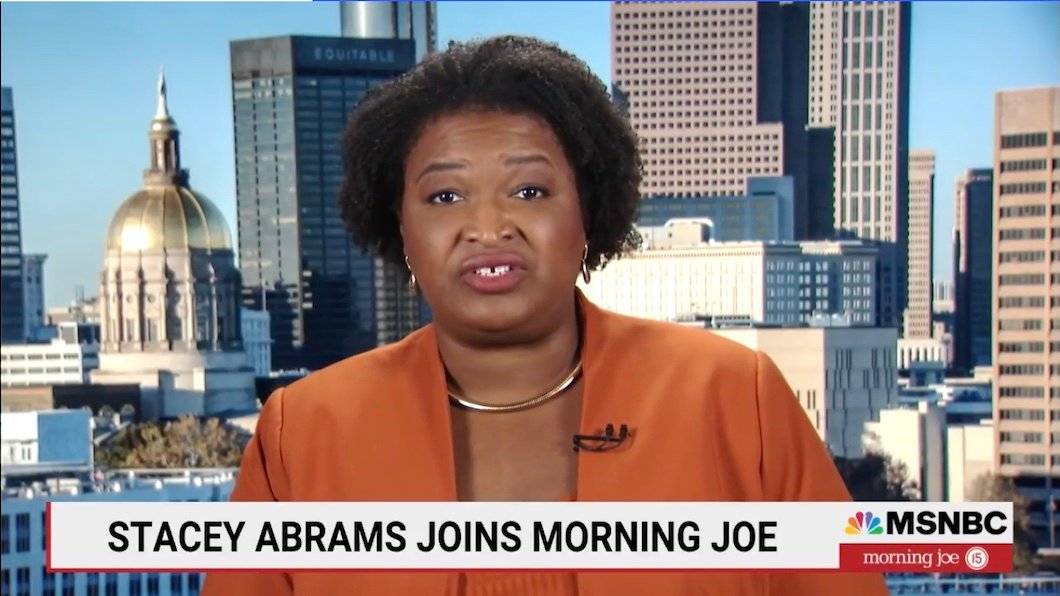 100 Percent Fed Up – Democrat gubernatorial candidate Stacey Abrams, who is about to become a two-time loser in her attempt to become Georgia’s governor in 2022, appeared on MSNBC’s Morning Joe Show this morning, where she offered a solution to the Democrat’s Recession.

The single, 48-yr-old childless Democrat activist explained how killing your baby will solve the economic crisis her party has created.

“Having children is why you’re worried about your price for gas. It’s why you’re concerned about how much food costs,” Abrams explained. “For women, this is not a reductive issue, “she said. “You can’t divorce being forced to carry an unwanted pregnancy from the economic realities of having a child.”

Who knew that killing millions of babies would fix our economy?

Forcing radical ideas that would make killing babies easier in several states is at the top of the Democratic Party’s agenda. In Michigan, Proposal 2 would actually change the state’s constitution and allow women to abort their babies up until the moment of birth. It would also essentially give anyone the right to abort a baby and allow children to abort their babies without the consent of their parent or parents.  All three Democrats running for re-election in top positions in Michigan have been pushing the passage of the most radical abortion proposal in the history of the state. Why would anyone think killing a baby that has reached full term in its mother’s womb is a good or moral act? And why in the world would anyone actually say out loud that the way to get America out of the Democrat-created economic crisis is by killing more of our children?

The post Childless Stacey Abrams Says Killing Your Baby Is Best Way To Fix Democrat-Created Recession: “Having children is why you’re worried about your price for gas” [VIDEO] appeared first on The Gateway Pundit.