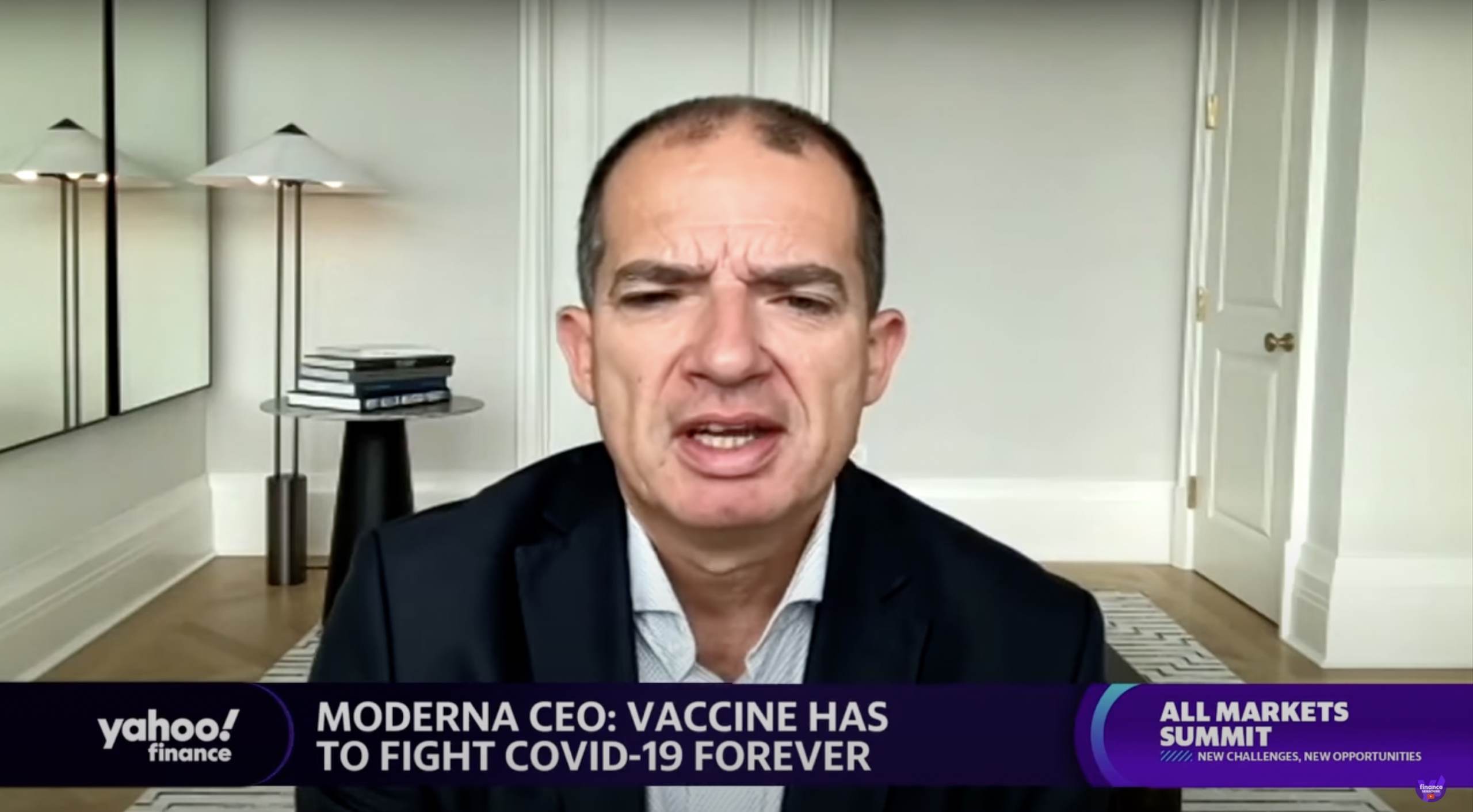 During the course of their discussion, Bancel admitted that COVID-19 is going to be very similar to the seasonal flu. He also suggested that persons aged 50 and older as well as those who are in vulnerable categories should consider receiving a booster shot.

Below is the transcript:

Anjalee Khemlani: Is the COVID vaccine going to be an annual COVID booster for a very long time to come or maybe for the rest of our lives? And how do you merge that with the fact that there is already low uptake of this new variant booster?

Stephane Bancel: I think it’s interesting the uptake is actually stronger than seasonal flu from data I’ve seen recently. So we have to see before the end of the season, what does it look like? It’s the first time we’re going to be more in the pandemic setting, so I think we’ll be smarter…

So it is a better update than seasonal flu shot. I think it’s going to be flu, which is again, if you’re 25 years old, you’ll need an annual booster every year. If you’re healthy, you might want it to protect other people. You might want it because you don’t want to get sick and miss work or miss vacation or so on.

But I think it’s going to be very similar to flu, where the kids will be people at high risk, people above 50 years of age, people with comorbidity, people with cancer and other conditions… And that’s really important to think about. And if you look at it around the world, that is 1.5 billion people. So it’s a lot of people that’s going to need an annual booster and people that are younger going to have to decide for themselves what they want to do.

Moderna CEO Stephane Bancel compares COVID-19 to the seasonal flu and believes young, healthy people should decide for themselves if they want an annual booster. Bancel maintains, that older people 50+, and those in vulnerable categories should definitely consider a booster shot. pic.twitter.com/7QowinbkMq

Recently, the FDA authorized Moderna and Pfizer the updated booster shots for children as young as 5 to 11.

“The Moderna COVID-19 Vaccine, Bivalent is authorized for administration at least two months following completion of primary or booster vaccination in children down to six years of age,” according to the news release.

Dr. Paul Offit, MD, a top vaccine expert and FDA adviser has warned last month that there is insufficient evidence to recommend the new booster shot for healthy young adults and said it could carry risks.

Dr. Offit: “When you’re asking people to get a vaccine, I think there has to be clear evidence of benefit. And we’re not going to have clinical studies, obviously, before this launches, but you’d like to have at least human data on people getting this vaccine. You see a clear and dramatic increase in neutralizing antibiotics, and then at least you have a correlate of protection against BA4, BA5. Because if you don’t have that, if there’s not clear evidence of benefit, then it’s not fair [to ask people to take a risk]. The benefits should be clear.”

Last week, Moderna officially announced it has developed a ‘cure’ for the tyrannical medical-industrial complex’s latest manufactured health crisis. In the wake of all of the cardiac-related death and sickness caused by the first iterations of the experimental mRNA vaccine, Moderna CEO Stéphane Bancel revealed the company’s new treatment for heart attacks – another mRNA injection! This time, however, instead of going into your arm, it will be shot directly into the heart muscle… For maximum  effect, of course. Read more here.

Earlier on Tuesday, The Gateway Pundit reported that the Advisory Committee on Immunization Practices (ACIP) under CDC is scheduled to vote on Thursday on whether or not to include COVID vaccinations in their routine pediatric immunization schedule. As a result, companies may have total liability protection and be able to impose more mandates on children.

“This will allow the vaccine makers to escape product liability for the adult vaccines which means the “emergency” can end, but the liability protection lives on,” Steve Kirsch wrote.

CDC is trying to quietly include a vote to add the mRNA C•19 vaccine to the annual childhood immunization schedule. This vote takes place in 2 days on October 19th. Here’s why this matters:pic.twitter.com/NyaO1p0mAi