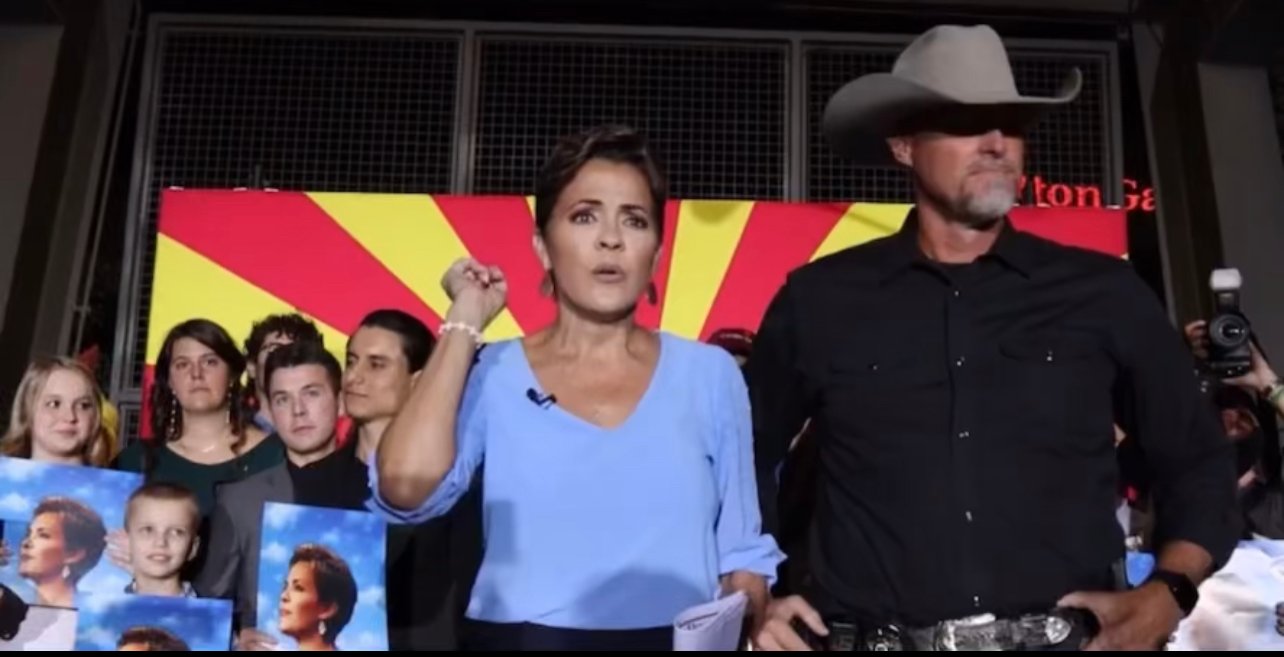 The Gateway Pundit reported on the incredible endorsement and the live rally on Wednesday night.

After the rally, Kari took a question from The Gateway Pundit about the CDC’s potential inclusion of COVID vaccinations in their routine pediatric immunization schedule.

Tucker Carlson tweeted yesterday that this would make the vax mandatory for kids to attend school.

The CDC is about to add the Covid vaccine to the childhood immunization schedule, which would make the vax mandatory for kids to attend school. pic.twitter.com/Ga0EJZIVbI

Lake said, “Absolutely not. We will never allow that in Arizona.”

Take a look at the tweet below from her opponent Katie Hobbs, where she says that “the best way to end this pandemic and truly get back to normal is for every eligible Arizonan to get vaccinated.” Ironically, Katie Hobbs recently told CNN, “We need to get politicians out of the way and let doctors provide the care that they are trained to provide,” but only when it comes to killing babies and not personal health care.

Clearly, if selected governor by a corrupted election, Katie Hobbs will choose to enforce a mandate on children in Arizona.

Katie Hobbs will never win a free and fair election.

ABC News also knows that Kari Lake is such a strong candidate that she is qualified for the vice presidency. They asked her, “With so many 2024 contenders coming to visit you, have you ever considered a role in Washington?”

Conradson: From Tucker Carlson, he says the CDC is about to mandate a vaccine for children to attend school. Is that something you support?

Lake: Absolutely not. We will never allow that in Arizona. This is an experimental shot. Our children are not guinea pigs, and we’re not going to have incidents of myocarditis in our young, precious children. We will fight that with every fiber in our being. We’re not going to have this forced shot by the CDC, which has their tentacles in Big Pharma, and I’m going to fight that. This is an experimental shot, and we’re seeing injuries from this vaccine, and we’re not going to force our precious, healthy children to get a shot that is already proving to be not only ineffective, it’s also proving to be dangerous.

Western Journal: What does an endorsement like Tulsi Gabbard mean?

Watch the full press conference from MAAP Real Talk Show on Rumble below.

The post WATCH: Trump-Endorsed Kari Lake Responds To TGP Reporter’s Question About Mandatory Vaccines For Children: “ABSOLUTELY NOT – Our Children Are NOT Guinea Pigs” appeared first on The Gateway Pundit.