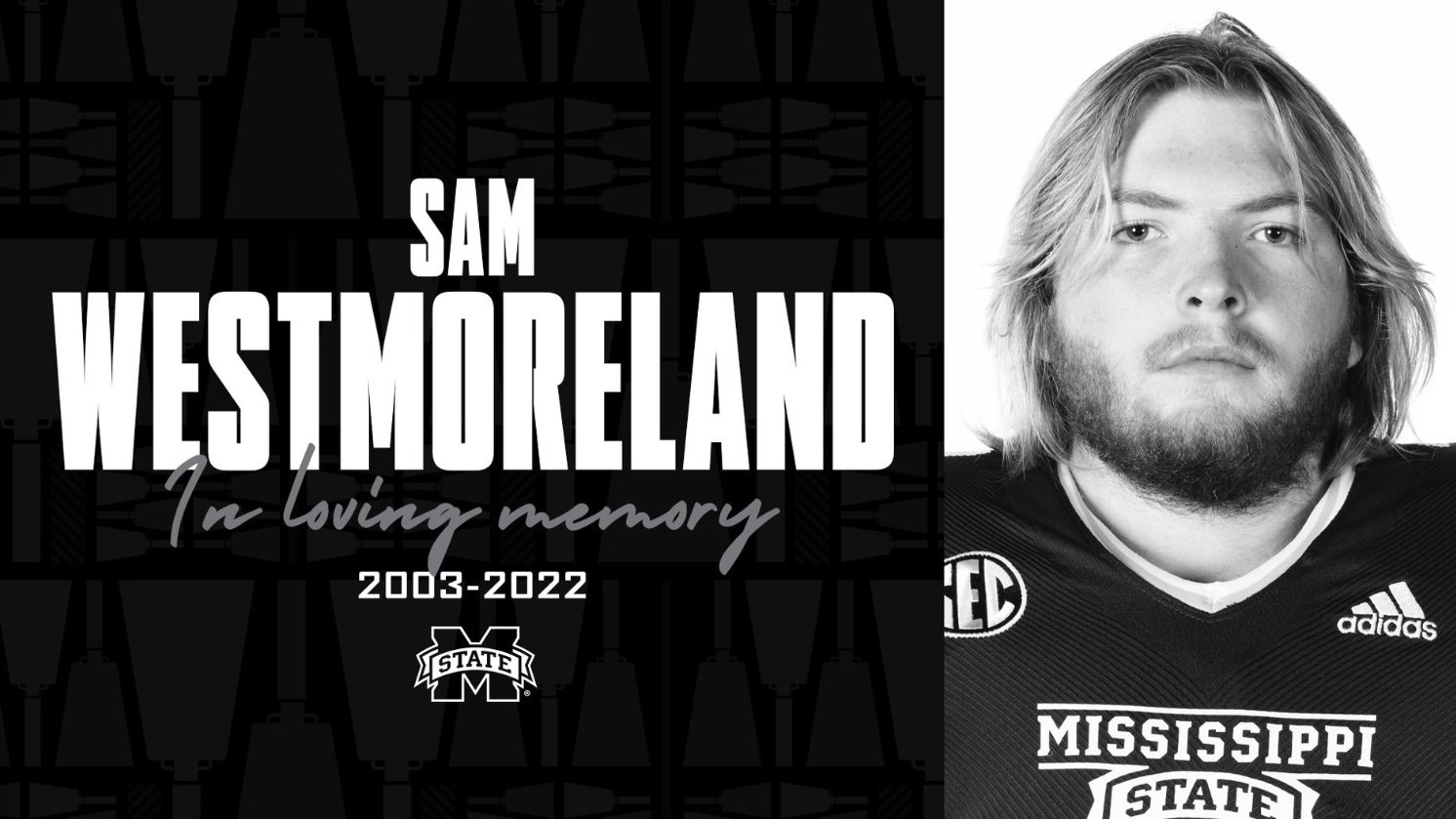 Sam Westmoreland, a student-athlete at Mississippi State University (MSU), passed away unexpectedly on Wednesday, according to a statement released by the university. Westmoreland was 18 years old and was about to turn 19 on Friday.

The cause of death was not revealed at this time but the university, Oktibbeha County Sheriff’s Office, and Coroner’s Office are investigating to determine the facts of the incident.

Westmoreland grew up in Tupelo, Mississippi, and this was his first season as a preferred walk-on for the MSU Bulldogs. Westmoreland was a standout offensive lineman at 6-foot-4 and 260 pounds for Tupelo High School before enrolling at MSU to study industrial technology.

During high school, he was named to the 2022 Northeast Mississippi Football Coaches Association All-Star Game and earned Region 2-6A second-team honors following his senior season at Tupelo.

On Wednesday, Mississippi State Football announced that the university was “deeply saddened” by Westmoreland’s sudden death.

Mississippi State University was deeply saddened to learn of the death this morning of freshman student-athlete Samuel Westmoreland, 19, of Tupelo, Mississippi.https://t.co/cb6YD62bG2

Mississippi State University was deeply saddened to learn of the death this morning of freshman student-athlete Samuel Westmoreland of Tupelo, Mississippi. Westmoreland, a Tupelo High School graduate, was an offensive lineman for the MSU Bulldog football team and an industrial technology major. He was set to turn 19 on Friday.

“One of the most profound lessons I’ve learned while leading this great university is that the tragic loss of one of our students diminishes all of our students—and all of us at Mississippi State feel the impact of Sam Westmoreland’s death,” said MSU President Mark E. Keenum. “My prayers are with Sam’s family and friends, with his MSU teammates and coaches, and with the Tupelo community during this most difficult time.”

MSU Head Football Coach Mike Leach said: “The Mississippi State Athletics Family is heartbroken by the sudden death of Sam Westmoreland. Sam was a beloved son, brother and teammate, and a tremendous young man with a limitless future. He will always be remembered and deeply missed by everyone who knew and loved him. The entire MSU Family mourns as our thoughts and prayers go out to the Westmoreland family. Our highest priority is the support of the Westmoreland family and our student-athletes during this troubling time.”

MSU Director of Athletics John Cohen said: “We are heartbroken by the sudden loss of Sam Westmoreland. Mississippi State is a family, and we are all mourning during this trying time. Our thoughts and prayers are with the Westmoreland family and everyone who knew and loved Sam.”

“Please keep Sam’s parents, family, friends, and teammates in your prayer. We are heartbroken, as Sam was a good friend to our Hastings. He and Big H were both Freshman OL together and have spent the last 5 months together. Jeff and I are on our way to be with our H. We are trusting our Savior as we know He is our only Hope in this world,” Missy Brewer Carruth wrote on Facebook.

“Sweet Sam. I am loss for words right now. Your precious family is my prayers.
Your last haircut I promised you I would never say those awful words “hail state” but the first game that you walked on that field I would be there cheering you on plus my husband would probably want to shake your hand for getting me in Starkville. You had the biggest smile on your face. Mary and Amanda I am praying for you and love you both,” said Memory Woods Knox.