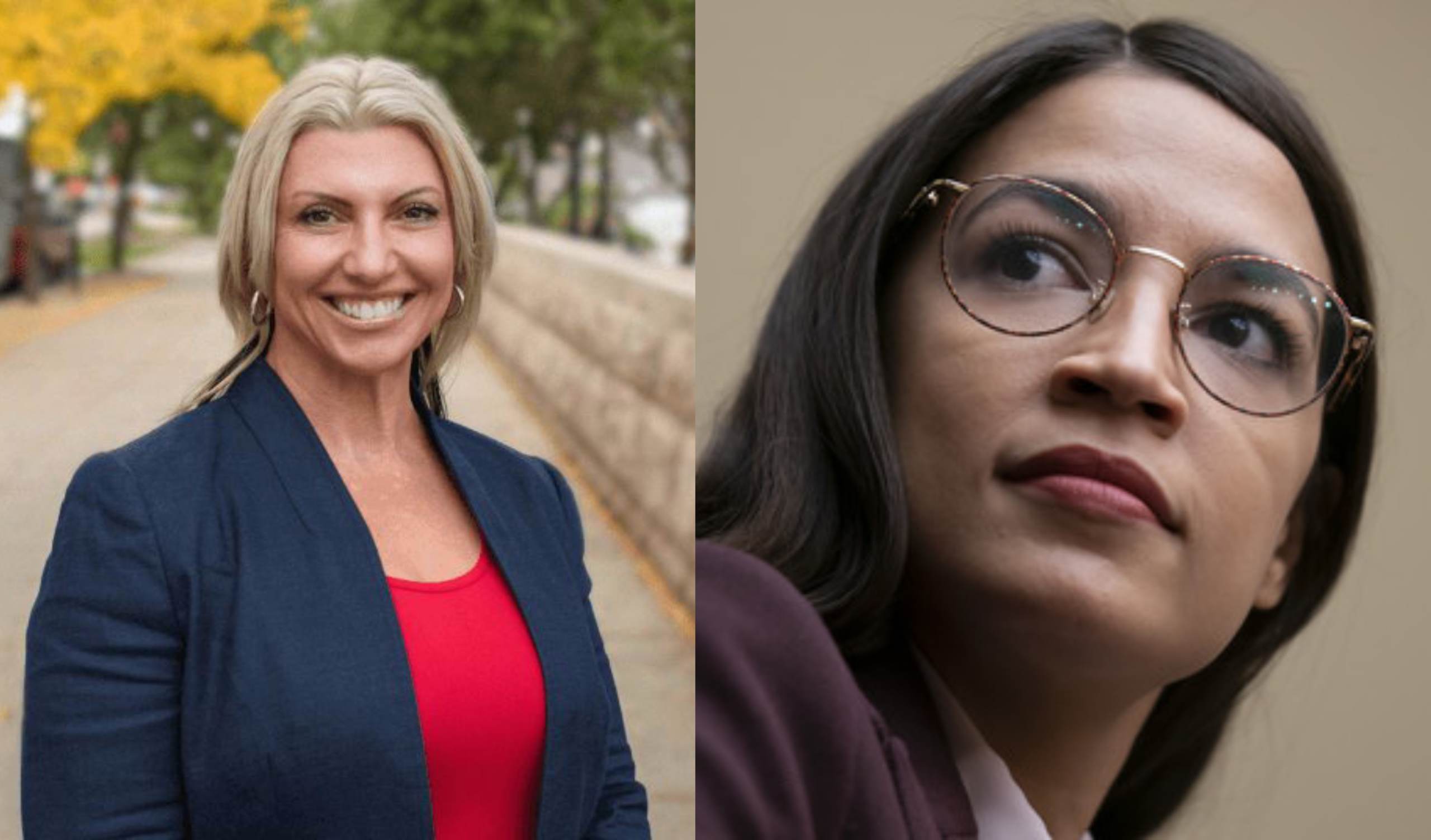 Last night, an AOC “Listening Forum” was overrun by her own angry constituents who managed to aggravate her enough that she flew into a full diatribe after the crowd flickered the lights and forced the Dopey Bartender out of the room.

GP reporter Anthony Scott reported on the incident earlier today, after it went viral across social media Wednesday evening. Before exiting the room, AOC became so incensed with the pushback at her town hall meeting that she began shifting around while seated at the front at the auditorium.

AOC is melting down at a town hall in Queens after protesters heckled her for half an hour.

“There are only two f–king genders” yelled one protester.pic.twitter.com/bj6s2MByDa

This isn’t AOC’s only embarrassing, cringeworthy, or absolutely insane moment in the past couple of months.

In July, she faked being arrested protesting the overturning of Roe v. Wade outside the United States Supreme Court, for which she was rightfully lambasted.

DRAMA QUEEN: AOC Pretends to Be Arrested as Capitol Police Escort Her Away For Blocking Traffic Outside of Supreme Court (VIDEO)

In Late September, she even suggested that abortion is an “economic issue”, long before Stacey Abrams suggested that more abortions would actually decrease inflation a few days ago.

Thankfully New Yorkers in the 14th district have an exit plan with a straight-talking and no-nonsense gal named Tina Forte, who is the Republican nominee in this year’s midterm elections. Forte has spent years fighting the lockdowns, calling out the Democrats for their socialist agenda, and refusing to backdown to cancel culture.

Forte held no punches during the GOP primary when it came to attacking AOC, starting with this brutal ad highlighting how Congresswoman Ocasio-Cortez vacationed massless in the free state of Florida while supporting unconstitutional mask and lockdown mandates in her own home state.

Forte has long been calling for a face-to-face debate with the AOC, but has unsurprisingly been denied that chance as the freshwoman member of congress opts for safe space stunts in Washington DC and friendly media appearances.

While the district leans heavy towards the Democrats, countrywide upset over rising food costs, inflation, skyrocketing gas prices and the march towards thermonuclear war with Russia could prove to be a problem for one of the founding members of “The Squad.”

Forte told this GP reporter that she remains ready for a primetime debate with AOC, even promising to use the event as a way to raise money for local charities. To make matters worse for the Dopey Bartender, Tina Forte was attending a community gathering that AOC was invited to, replete with her own chair and name card, as the congresswoman went berserk on her own constituents.

I showed up to the community forum tonight in Jackson Heights. ⁦@AOC⁩ was a NO SHOW. #DebateMeAOC pic.twitter.com/ToQjj9JwdM

“AOC needs to stop hiding with the elites in her ivory tower – come to the Bronx or Queens for a debate. The citizens deserve a Representative who isn’t afraid of their competition. We can even sell tickets and donate the proceeds to a local charity,” Forte told this GP journalist.

. @AOC wrecked again – her own constituents keep putting her on blast

The post Angry Brooklyn Voters Have an Alternative to Socialist AOC This Year (Video) appeared first on The Gateway Pundit.